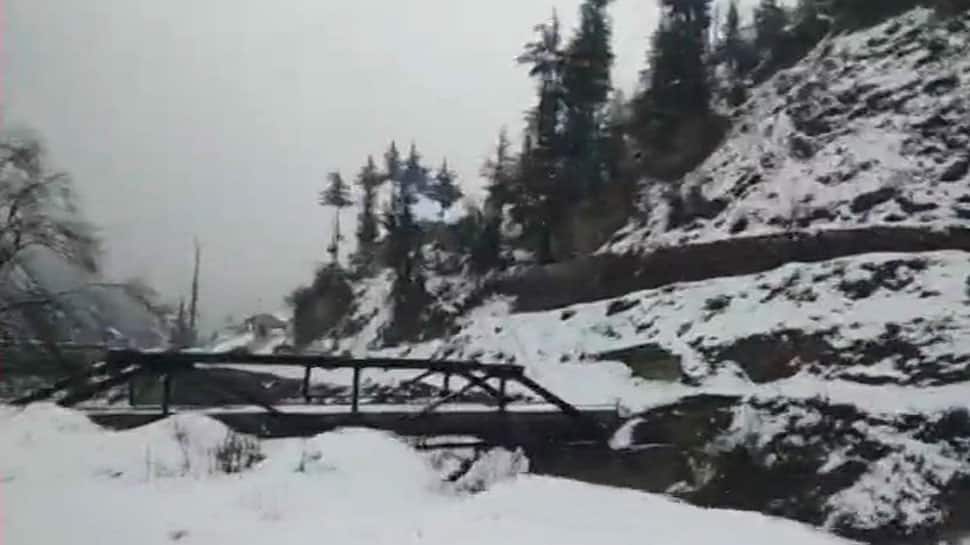 Despite overcast sky, no fresh snowfall occurred in Shimla on Saturday, he added. In the meantime, Dharamshala got 6 mm rain, Bhuntar and Amb received 2 mm rain each, whereas Kangra, Chamba, and Sujanpur Tira got 1 mm rain each, he added. Meanwhile, Keylong continued to be the coldest place in the state at -7 degree Celsius, the MeT official said.

The minimum temperature in Kalpa was -2 degree Celsius, while it was -1.1 degree in Dalhousie and -0.8 degrees Celsius in Kufri from 5.30 pm Friday to 8.30 am Saturday, he said. It may be recalled that the India Meteorological Department (IMD) had sounded an 'orange warning' of heavy snowfall, rain, and hailstorm in most parts of the state from January 4 to 6.

Acting on the weather advisory, the State Disaster Management Authority (SDMA) had already made preparations to deal with any eventuality. The state and district control rooms are in a state of readiness to deal with any eventuality, a state official had said, adding that tourists and the general public have been advised to avoid the higher reaches in the coming days.

Issuing instructions not to venture to high reaches, district administrations of Chamba, Kinnaur, and Kangra urged the public to contact at emergency number 1077 in case of emergency. Kinnaur Deputy Commissioner Gopal Chand advised the residents not to come outside their homes without any urgent work to avoid any untoward incident.

Higher reaches of Uttarakhand hills received fresh snowfall while overcast conditions prevailed at most places in the plains. The Himalayan shrines of Kedarnath in Rudraprayag and Badrinath in Chamoli district, besides the skiing slopes of Auli, received fresh spells of snow in the morning and afternoon, the meteorological department said.

In the lower areas, fewer people and vehicles were seen on the roads as residents chose to remain indoors to avoid the cold. Dehradun also witnessed a cold day with an overcast sky and recorded a minimum temperature of 6.6 degree Celsius. In Mukteshwar, New Tehri and Pantnagar the mercury settled at 3.1 degree Celsius, 5.2 degrees Celsius and 5.6 degrees Celsius respectively.

The weather department has warned of heavy snowfall and rain at isolated places in Uttarkashi, Chamoli, Rudraprayag, Bageshwar and Pithoragarh districts over the next 36 hours. Hailstorm is also likely to hit isolated places in Dehradun, Tehri, Pauri, Haridwar, Nainital and Champawat districts during the period, it said.

The air traffic to and fro Srinagar airport was partially restored on Saturday after remaining affected for nearly 24 hours due to snowfall, officials said. While all flights in the morning were cancelled due to poor visibility and snow accumulation on the runway, five flights operated late in the afternoon as the weather improved, an airport official said.

The runway was cleared and the visibility improved, resulting in resumption of flight operations after nearly 24 hours, he said. "Only five flights could operate on Saturday. Three landed at the airport on Saturday, while two were parked at the aerodrome since Friday," the official said. All other flights were cancelled, he said.