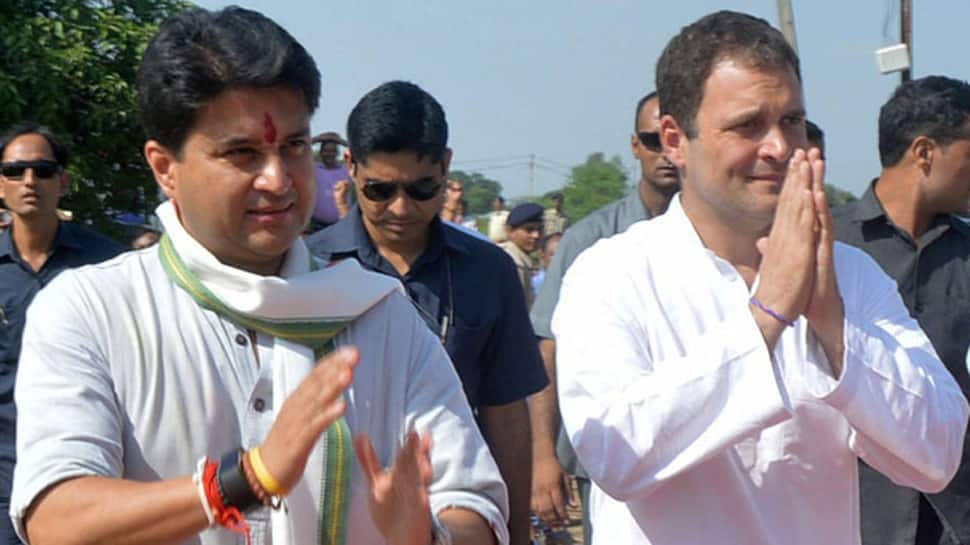 BHOPAL: Former MP Jyotiraditya Scindia on Thursday admitted that Congress is facing trouble after Rahul Gandhi's resignation as party president. Scindia said that all Congress members need to work together in such testing times to strengthen the party.

"Currently, the Congress is facing trouble. These are testing times for the party. After Rahul Gandhi's resignation, Congress needs to be strengthened. We need a person with immense energy as the new party chief. All members of the party need to work together and walk on the path that Rahul showed us," he said in Hindi.

In solidarity with Rahul, Scindia had also resigned as Congress general secretary last week. "Accepting the people’s verdict and taking accountability, I had submitted my resignation as General Secretary of AICC to Shri @RahulGandhi. I thank him for entrusting me with this responsibility and for giving me the opportunity to serve our party," he had then tweeted.

Scindia, who reached Bhopal on Thursday amid massive welcome from supporters, also held the Bharatiya Janata Party (BJP) responsible for the political crisis in Karnataka. "In both Karnataka and Goa, the BJP is destroying democracy. They have resorted to similar tactics in the past as well. When BJP cannot win an election, they try to form the government by other means. But Congress-JDS government will continue in Karnataka despite their efforts," he said.

Amid reports that the BJP has said that the fall of Kamal Nath government also looms along with the crisis in Karnataka, Scindia said such dreams of the BJP won't come true and the government will be in power for all five years.