This is the first meeting Sonia Gandhi chaired after she took charge as Congress chief from Rahul Gandhi. 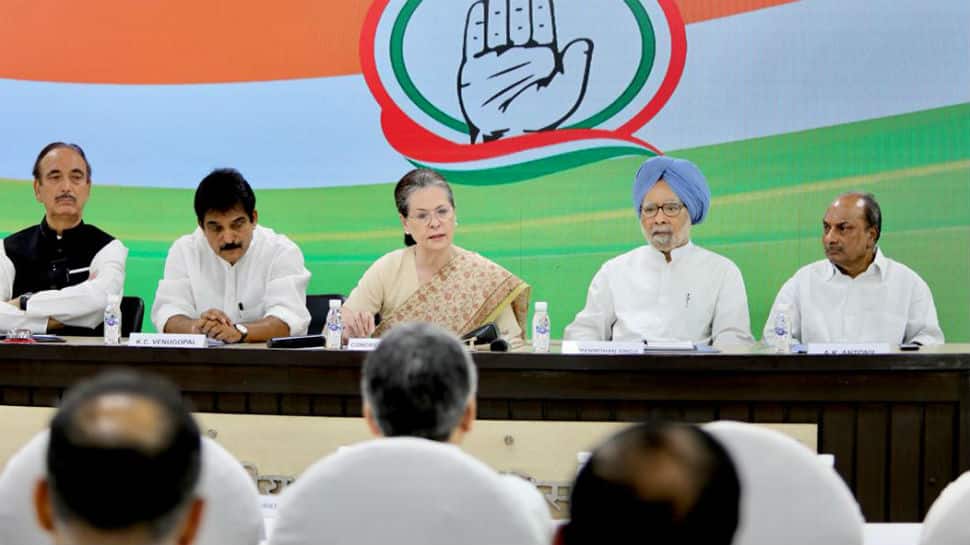 New Delhi: Interim Congress president Sonia Gandhi held a mega meeting of the party on Thursday to chalk out plans for the week-long programme on 150th birth anniversary of Mahatma Gandhi on October 2.

The meeting was attended by all the top leaders of the party, including Priyanka Gandhi. However, Rahul Gandhi, the former Congress chief, skipped the meeting.

This is the first meeting Sonia Gandhi chaired after she took charge as Congress chief from Rahul.

Membership and training programme were an agenda of the crucial meeting. The Congress is focusing on a membership drive and to make it successful each state unit has been given targets.

As per news agency ANI, the party is to appoint 'preraks' or 'motivators' at the district level across the country to scale-up its mass contact programme. These preraks will work on the party agenda and look after party work similarly like pracharaks in the RSS. This is a first of its kind of appointment within the Congress cadre.

Meanwhile, sources said that Sonia Gandhi also hit out at the Center over the economy and said, "The economic situation is very grim. Losses are mounting. General confidence is shake. All that the government doing is indulging in unprecedented vendetta politics to divert attention from mounting losses."