Holding the BJP responsible for such 'reprehensible' acts, the Congress said that such incidents show the deep hatred that the people of the Right wing have for Mahatma Gandhi. 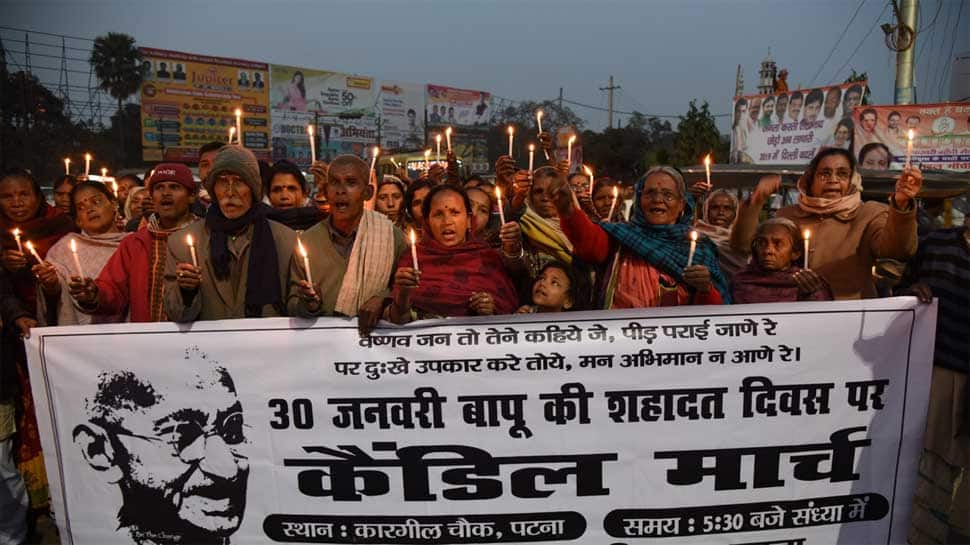 NEW DELHI: The Congress will on Monday hold a nationwide protest from 10 am in all the state headquarters to protest against Akhil Bharat Hindu Mahasabha for using a pistol to shoot the effigy of Mahatma Gandhi on January 30. The ABHM had also garlanded the statue of Nathuram Godse on in Uttar Pradesh.

"In a shocking incident on 30 January, when the nation commemorated the 71st anniversary of Gandhi's assassination, the members of the Akhil Bharat Hindu Mahasabha in Uttar Pradesh, used a pistol to shoot at an effigy of Gandhiji, distributed sweets and garlanded the statue of Nathuram Godse, Gandhiji's assassin who was a member of Akhil Bharat Hindu Mahasabha. The group also burnt the effigy of Mahatma Gandhi and shouted pro-Godse slogans like "Mahatma Godse Zindabad" etc," the Congress said in a statement on Sunday.

Holding the BJP responsible for such 'reprehensible' acts, the Congress said that such incidents show the deep hatred that the people of the Right wing have for Mahatma Gandhi. "These provocative and reprehensible actions, happening in the BJP ruled States take place with the candid and clandestine support given by the ruling party and the same reveals the deep hatred still carried by the right wing groups against the father of the Nation and his ideas of Secularism, Ahimsa and Brotherhood," the Congress said.

"To register our strong protest against this highly condemnable act, the Congress Party has decided to hold a nationwide protest on Monday, the 4th February from 10.00 am in all the State Headquarters. The protest should preferably be held with placards etc in the places associated with the life of Mahatma Gandhi or near statues of Mahatma with an aim to highlight his messages," the party said.

After the video of the event went viral, the Uttar Pradesh Police had registered cases against 13 persons, including a woman leader of Hindu Mahasabha, in Aligarh for firing at an effigy of Mahatma Gandhi with an air pistol.