The cyclone, which will make landfall between West Bengal and Bangladesh coast most likely on May 20 afternoon, has already started triggering rainfall in several states. 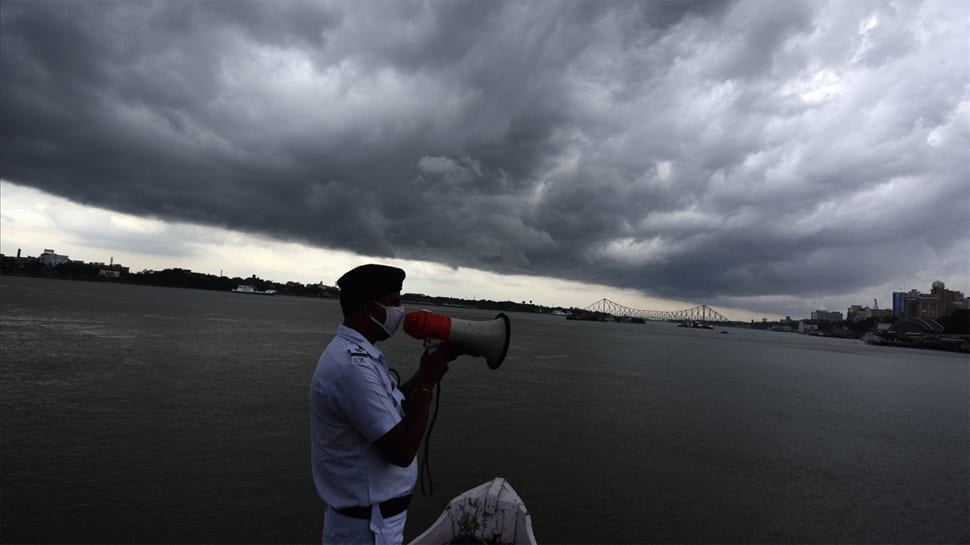 Kolkata/Bhubaneswar: With less than 24 hours to go before Cyclone Amphan making a landfall, the governments of West Bengal and Odisha stepped up efforts for evacuation of people from vulnerable areas. Several lakhs of people have so far been evacuated from coastal areas of both states and moved to relief shelters.

The cyclone, which will make landfall between West Bengal and Bangladesh coast most likely on May 20 afternoon, has already started triggering rainfall in several states. According to a weather forecast agency, states of Sikkim, Assam and Meghalaya are also likely to be hit when the super cyclone makes a landfall. The wind speed of the ‘most intense’ cyclone in the sea right now is 200-240 kmph, it is moving towards north northwestward direction, the IMD chief has said.

The agency claimed when Cyclone Amphan makes the landfall between West Bengal's Digha, some 180 km from Kolkata, and Bangladesh's Hatiya island, it will pack sustained windspeed of 155 to 165 kmph, gusting at 185 kmph. The gale-force wind, blowing at a speed of 240 to 250 kmph and gusting to 275 kmph at one point, had lost intensity and was moving at a speed of 200 to 210 kmph, gusting to 230 kmph on Tuesday evening.

IMD Director-General Mrutyunjay Mohapatra said since the cyclone is gradually weakening, its impact is unlikely to be very severe in Odisha. However, coastal districts like Jagatsinghpur, Kendrapara, Bhadrak and Balasore are likely to be battered by heavy rains and high-velocity winds from May 19 evening.

The authorities were mindful of the difficulty they could face in ensuring social distancing norms at shelters following a surge in COVID-19 cases over the last few days.

The government, in view of the COVID-19 pandemic, has distributed more than two lakh masks among the evacuees, and PPEs have been handed out to SDRF personnel deployed in the vulnerable area.

The Assam issued a high alert over the Cyclone Amphan and directed the state disaster management authority to set up control room to deal with the situation. Meghalaya CM Conrad K Sangma also chaired a meeting to review the state's preparedness in view of Cyclone Amphan. Block development offices across the state have been alerted to ensure that help reaches on time in case of any emergency situation.

The ministry of power has put adequate arrangements to handle power supply in case Cyclone Amphan makes landfall. 24x7 Control Rooms have been set up at Bhubaneswar and Kolkata. Officials said the storm could destroy standing crops, damage mud and thatch houses, and disrupt power and communication lines in coastal districts of the two eastern states.

A defence official said in Kolkata that the Indian Navy has dispatched a diving team for providing assistance to the West Bengal government in rescue operations.

Meanwhile, Bengal CM Mamata Banerjee said she will talk to the railways and ask it to not run Shramik Special trains to the state to bring back migrant labourers from May 20-21 morning as a precautionary measure.

Indian Railways runs its most powerful 'Made in India' locomotive