IMD has said Mumbai could witness high-speed winds due to Cyclone Vayu while BMC has issued an advisory in which it has appealed people to avoid the shoreline. 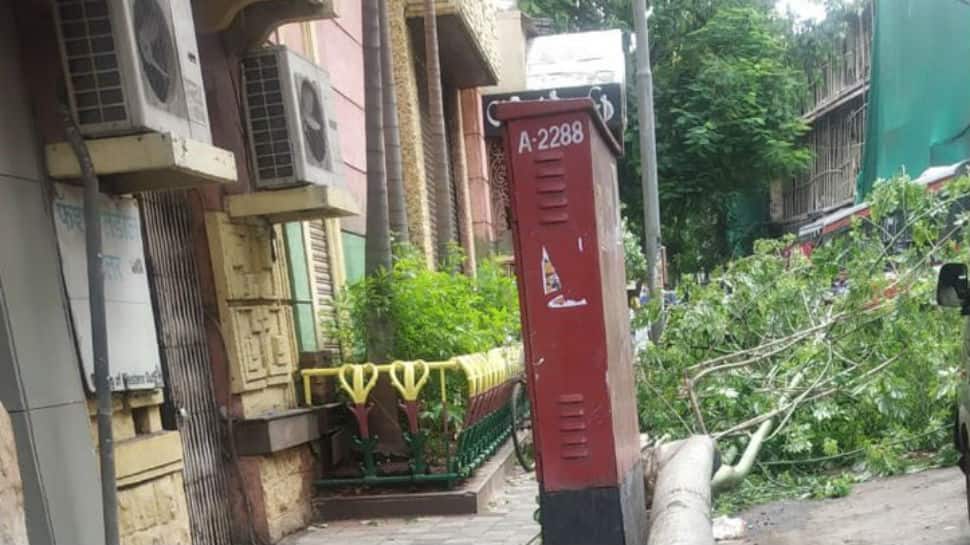 Mumbai: Even as Gujarat gets ready to bear the full brunt of Cyclone Vayu - expected to make landfall on Thursday, Mumbai has been witnessing high-speed winds which resulted in several trees in the city getting uprooted in the intervening night between Tuesday and Wednesday. The India Meteorological Department (IMD) has warned against threats from potential flying objects and asked locals to exercise caution when in the open.

Vayu had intensified into 'Very Severe Cyclonic Storm' by Tuesday night. By Wednesday morning, it was around 280 kilometres south-southwest of Mumbai and making a trajectory towards Gujarat where it is expected to make landfall at Veraval. While officials in Gujarat are working overtime to ensure the safety of people, Mumbai too has been witnessing windy conditions. "There is a potential threat from flying objects. Sea conditions are very likely to become rough to high along and off Maharashtra coast on Wednesday and Thursday,"  KS Hosalikar, Deputy Director General at IMD, was quoted as saying by news agency ANI. "Wind speeds over north Maharashtra's coast are likely to be at 50 to 60 kmph."

The Brihanmumbai Municipal Corporation in Mumbai has also issued an advisory in which it has appealed to locals to avoid areas close to the sea. "Precaution is better than cure must have been said for a reason! So while we are here for the cure, we request Mumbaikars to take precaution on ground and the sea today. City expects strong winds and we request you to maintain safe distance from shore-line," it said.

Wednesday morning has already seen several trees in the city being uprooted with a few reports of damage to vehicles parked under some of them.