The official Twitter handle of Prime Minister's Office condoled the loss of lives in Gurdaspur firecracker factory explosion, while calling the incident, 'heart-wrenching'. 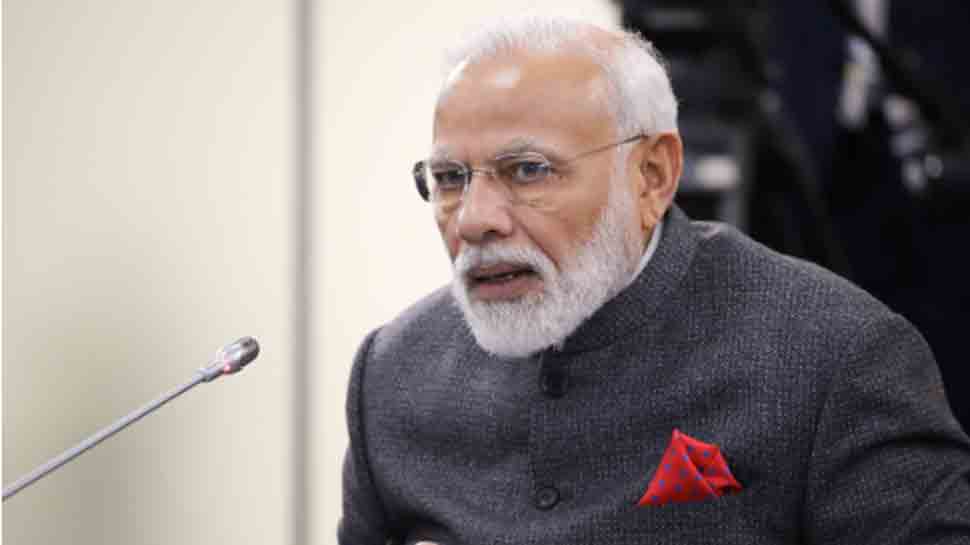 New Delhi: Prime Minister Narendra Modi on Thursday expressed grief over the demise of 23 people in an explosion that occurred at a firecracker factory in Punjab's Batala city a day before.

The official Twitter handle of Prime Minister's Office termed the incident 'heart-wrenching' and wrote, "The tragedy at a firecracker factory in Punjab is heart-wrenching. Deeply anguished due to it. My condolences to the families of those who lost their lives. I hope the injured recover at the earliest. Agencies are working on rescue operations at the site of the tragedy."

Earlier, on Wednesday, President Ram Nath Kovind too had condoled the death of workers in the explosion.

At least, 23 people lost their lives while 27 others suffered injuries in the explosion that occurred at a firecracker factory in Batala town of Gurdaspur district on Wednesday evening.

A number of nearby buildings, including a car workshop, were badly damaged in the explosion. An elderly woman and her grandchild, who were passing close to the disaster spot, were among the dead.

According to police, the cause of the blast, which damaged the buildings in radius up to 200 metres, is yet to be ascertained. Even a few stranded vehicles were flung up in the air with the blast. The government ordered a magisterial probe into the incident.

Locals complained the firecracker unit was running illegally for the past many years. It were manufacturing and storing crackers for a 'nagar kirtan' - a religious procession relating to the birth anniversary celebrations of Sikhism's founder Guru Nanak Dev, slated to reach the town on late Wednesday evening.