Three pistols with seven live cartridges have been recovered from the possession of the Khalistan Liberation Force terrorists. 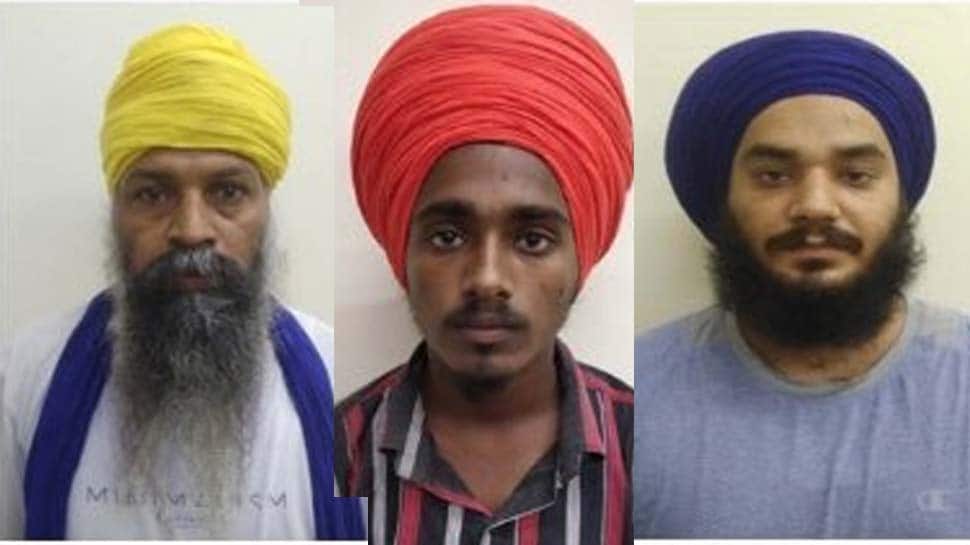 A team of Special Cell, Delhi Police has arrested three hardcore supporters of Khalistani movement who were planning to execute target killings in various states in the northern part of India on the directions of Pakistan ISI sponsored Khalistani leaders. Three pistols with seven live cartridges have been recovered from the possession of the Khalistan Liberation Force terrorists.

An iPhone and two Android phones have also been recovered with many incriminating videos and photographs related to Khalistani movement and their propagators, said Delhi Special Cell Deputy Commissioner of Police Sanjeev Kumar Yadav.

The Delhi Police received secret information regarding the activities of an activist, Mohinder, of the Khalistan Liberation Front namely who was planning to commit a terrorist activity in Delhi. Acting on this input, a trap was laid down near Ganda Nala, Hastsal, Delhi on June 15 and at about 9 pm, accused was correctly identified on a motorcycle and was overpowered by the team members.

During interrogation, he disclosed his identity and permanent address as Baramulla district in Jammu and Kashmir. During his search, one sophisticated pistol with two live rounds was recovered from him. Accordingly, a case was registered in appropriate sections of law. On further interrogation, Mohinder led the team to Punjab and on his instance, Lovepreet was arrested.

Two illegal firearms with five live rounds were recovered from him. The duo later led the team to Punjab from where third co-accused Gurtez was also arrested.

The arrested persons have disclosed their links with KLF leaders settled abroad and revealed their plans to commit target killings on instructions from Khalistani terrorists sponsored by Pakistan's ISI.

Gurtej was in touch with a Pakistan's ISI handler Abdullah and Avtar Singh Pannu of Sikhs For Justice (banned in India) and Gopal Singh Chawla, who is based in Pakistan and is a close aide of Hafiz Saeed.

Although he was inclined towards Khalistan movement for long, it was in January 2019 that he met Narayan Singh Chaura in Chandigarh and expressed his willingness to contribute actively to Khalistan movement. He was then included in the 21-member Hawara committee. He started luring youth and succeeded in inducting Lovepreet and more than five others into the Khalistan movement.