Colours mean everything in Indian politics, where a particular party, or religion or could be commonly associated with a certain innocuous colour. In the same vein, Dr P Thiaga Rajan (PTR) the DMK MLA from the Madurai Central constituency has written to the Highways department objecting to the colour combination being used to paint the iconic Albert Victor bridge in Madurai.

The letter’s contents were in Tamil and translate to- “Your department is painting the centuries-old, iconic Vaigai Albert Victor Bridge at a cost of 10 lakh Rupees. This work is being undertaken wholly using taxpayer’s money and it is unacceptable that the colours being used resemble that of a political party. As the Legislator for the Madurai Central constituency, I urge you to take action to ensure that the work progresses without a political tilt.” 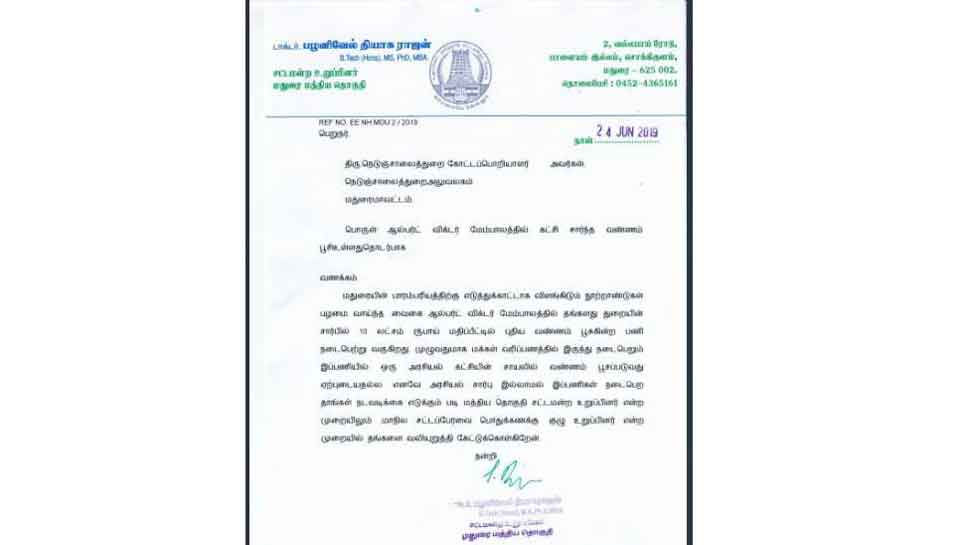 As Dr. P Thiaga Rajan Tweeted the copy of the letter and the picture of the bridge, a few Twitter users were quick to question if this was a valid and important issue and pointed out how the buses in the State were of a certain colour. His tweet also referred to the ruling AIADMK which is in an alliance with the BJP and mentioned “How would it be apt to paint the A.V Bridge in this colour? Whose government is ruling here? Despite having Anna and Dravidam in their party’s name, they behave in a manner that lacks self-respect, then why won’t people call them as slaves ?”

Prominent political commentator and senior journalist Sumanth C Raman replied on Twitter and questioned the Legislator regarding whether Orange/Saffron paint wasn’t allowed in Tamil Nadu and wasn’t it merely Orange paint (in a jovial tone). 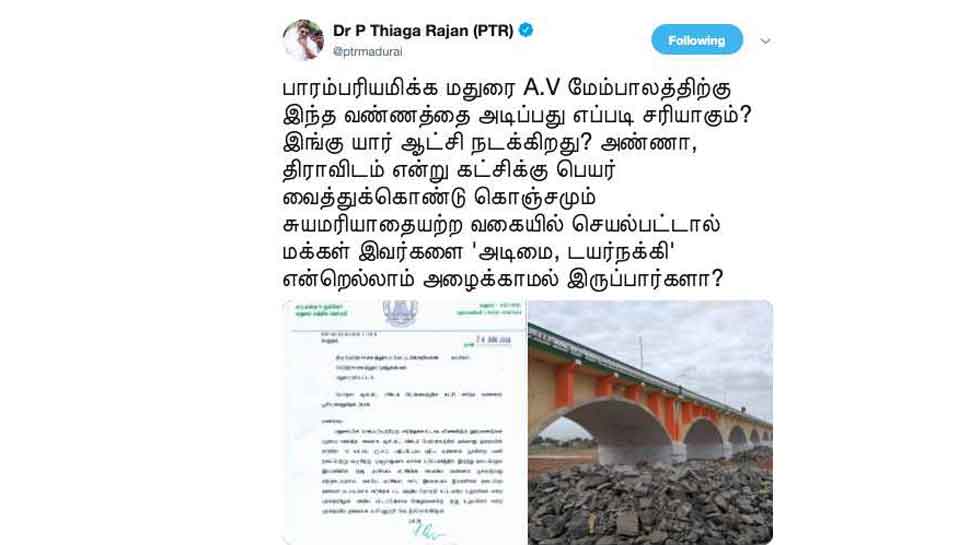 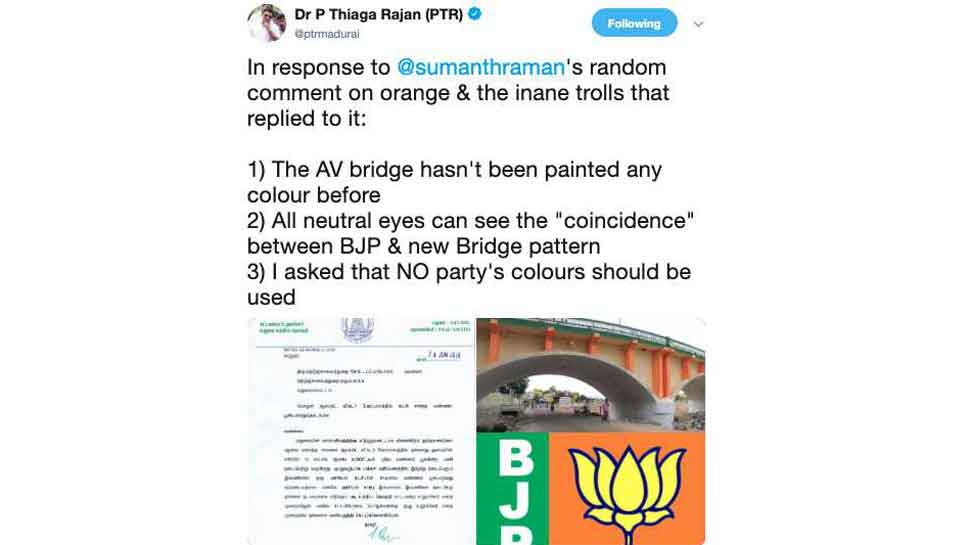 To which PTR replied saying, “In real life it has the exact Orange Green and White/Yellow that is evident in the BJP flag(Google Search). Too much of a coincidence to be random, in my view.

“The AV bridge hasn’t been painted in any color before, all neutral eyes can see the “coincidence” between BJP and the new bridge pattern, I asked that no party’s colours should be used, he clarified on facing many more questions from Twitter users. To a user who demanded what color the legislator the bridge top be painted in, he replied- “White- as it has been for last few decades”.