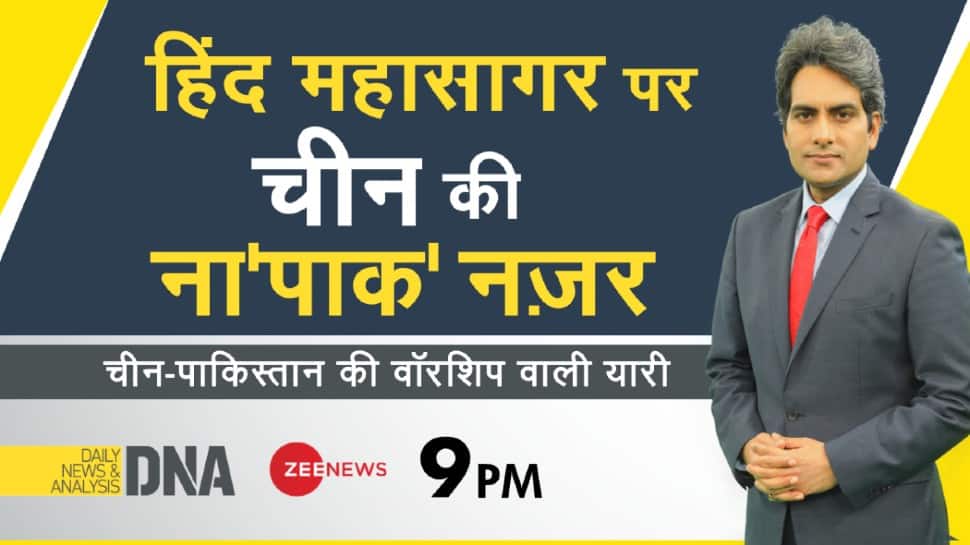 New Delhi: China has delivered its largest and most advanced warship to Pakistan as it seeks to beef up the navy of its all-weather ally in the Arabian Sea and the Indian Ocean, where it has increased its own naval presence in recent years. The development is surely a cause for concern for India.

Although the warship will be inducted into the Pakistan navy, its control will remain with China. China's navy has now become the largest and most powerful in the world as it has even left the US navy behind. This can potentially create an imbalance in the Indian subcontinent.

Designed and built by China State Shipbuilding Corporation Limited (CSSC), the frigate was delivered to the Pakistan Navy in a commissioning ceremony in Shanghai. These belong to the Type 054-A series frigates. For the first time, China has given the most advanced warship of this series to any country.

Pakistan is going to deploy this warship in the Arabian Sea, which will give it two advantages. First, it will be able to monitor the western coasts of India and secondly, it will be able to disrupt oil and other supplies coming to India from the Gulf countries in a war-like situation.

This warship could be a part of the two-front war theory against India. As per this theory, India would have to fight a war on two fronts – against Pakistan and China – at the same time. If such circumstances arise, such warships could prove to be very dangerous.

According to some media reports, Pakistan could deploy these warships at Karachi port, which will not be good news for India as Gujarat's coastline is only 300 km away from the port.

Although China has not revealed the price of this warship, some media reports suggest that the cost of such a warship can be up to 350 million US Dollars i.e. about Rs 2600 crore.

Notably, Pakistan has named the warship PNS Tughril. Tughril was the ruler of the medieval Seljuk Sultanate which occupied Iran in the 11th century. Tughril had also conquered the area of ​​Khorasan, from which the fundamentalist Islamic forces have called for Ghazwa-e-Hind. The for Ghazwa-e-Hind theory suggests that Islamic forces would one day move towards India turn it into an Islamic state. The name of the warship certainly reveals the intentions of Pakistan.

China has the most warships in the whole world with a total of 168, while India has 46. Pakistan has only 10 warships. That is, the Pakistani navy is much weaker than the Indian navy. But together with China, it poses a grave threat to India.