The ECI has been wary of becoming a party to this motivated slugfest and stands by empirical facts about fool-proof nature of EVMs, says Election Commission. 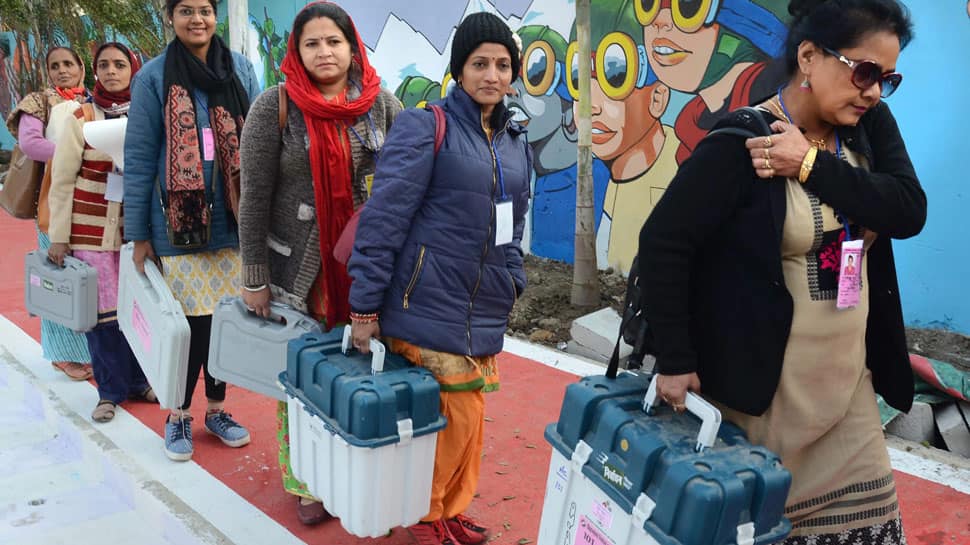 The Election Commission of India on Monday took a strong note of an event organised in London, claiming to demonstrate that the Electronic Voting Machines (EVMs) used in India could be tampered with. The ECI termed the event as a “motivated slugfest”.

“It has come to our notice that an event, claiming to demonstrate EVMs used by ECI can be tampered with, has been organised in London. The ECI has been wary of becoming a party to this motivated slugfest and stands by empirical facts about fool-proof nature of ECI EVMs,” said the election commission in a statement.

The statement further read, “It is being separately examined as to what legal action can and should be taken in the matter.”

While the election commission reacted strongly to the event, the Bharatiya Janata Party also lashed out at the Congress party over senior party leader Kapil Sibal attending the event in London.

Speaking to news agency ANI, Union minister Mukhtar Abbas Naqvi targeted the Congress, saying the party has “a lot of freelancers, who sometimes reach even Pakistan to take help for removing Modi ji”. He further said, “They are making a hacking horror show of their possible defeat in the upcoming elections.”

He also attacked the Congress leadership, including party president Rahul Gandhi and UPA chairperson Sonia Gandhi, claiming that Sibal must have been sent to attend the event on their instructions.

Kapil Sibal did not go by accident. He was sent by Congress, by Rahul Gandhi and Sonia Gandhi. According to Naqvi, those wanting to defame the democratic institutions of the country had to send a courier and hence the Congress had sent Sibal.

The event in London was organised by the Indian Journalist Association of Europe in alliance with the Foreign Press Association of London. Speaking to mediapersons after the event, Syed Shuja, a cyber expert who claimed to have proof of EVMs being hacked during various elections in India, said that he was willing to make documents backing his claims public.

Meanwhile, the organisers declared before the starting of the event, “We invited chief Election Commissioner of India to join us or send their representative, but we don’t know if anybody of them are here. We also invited various national political parties of India, like the BJP, Congress and others. Here we can see Kapil Sibal of Congress and we are thankful.”