The main objective of the Pakistani assessment was to manage the reaction and control any overt activity that may cause embarrassment for both Pakistan and China on the Uyghur issue. 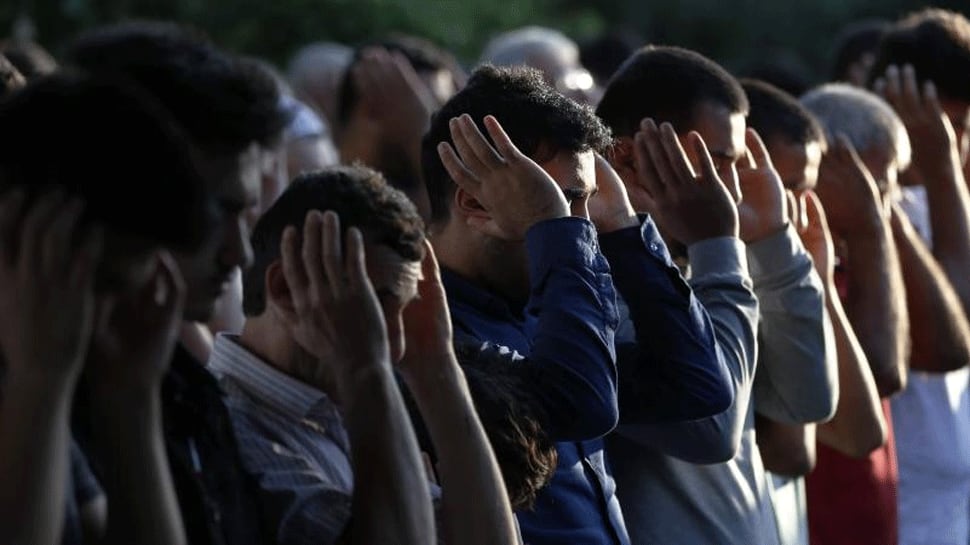 New Delhi: Growing discontentment and religious journals seething with anger is what authorities in Pakistan have found when they tried to gauze public mood on the atrocities against Uyghurs by Chinese govt in the restive western province of Xinjiang. An assessment was done to get a first-hand view on the issue which is now getting increased global spotlight as evidence comes to light overuse of brutal force by China in the province.

The main objective of the Pakistani assessment was to manage the reaction and control any overt activity that may cause embarrassment for both Pakistan and China on the Uyghur issue. The study noted the treatment of Uyghur Muslims in Xinjiang has especially impacted religious opinion in Pakistan with a number of journals covering the development.

In one issue of monthly Ishraq from Lahore dated January 2020, a comment by its patron Javed Ahmed Ghamidi while mentioning about the right to seek refuge gave an example of "persecution of Muslims in China". In an article in weekly Ahl-E-Hadith from Lahore in February of 2020 mentions about state policies of China against its Muslim population and compares it with the severity of Israeli actions against the Palestinians.

Discussing Xinjiang in the context of atrocities against Muslims globally has been as a common pattern among religious journals, the assessment finds. The editorial of monthly Mohaddis from Lahore in the month of February 2020 commented that Muslims in Xinjiang are living a hard life with Muslim majority decreasing from 94% in 1948 to 48% with they being "forced to abandon Islam".

An article in the same monthly on page 24 equated "national interest considerations" forcing Pakistan to be silent on "concerns about Muslims in China"  something that also led Islamabad "to facilitate the US against Afghanistan in 2001". In November 2019, Mohaddis had shared its concerns over restrictions in Xinjiang on Muslims growing beard and this undermining of Islamic symbols becoming the new normal. The same issue was raised by monthly Peyam published from Islamabad in the same month, last year. Al Burhan article of October 2019 while writing about the issue highlighted that there are sanctions over fasting in the month of Ramzan.

2 exclusive articles in 2 religious journals during the time period of the study done by authorities map the detailed life in the Chinese province.

Al Burhan published a detailed account of Uyghur Muslims in 3 consecutive issues. The account was a personal observation of Pakistani academic about Xinjiang who described the ground situation as "technology-based slavery" and called the province a "police state" with "every home, street and neighbourhood being a detention centre, every Uyghur a suspect and presumed terrorist". The writer pointed out, "systematic effort to sideline Uyghur Muslims and their cultural symbols and gradually bring them to extinction". He narrated how "young Uyghurs have Chinese spouses and adopted the Chinese way of life".

The author, in fact, refers to police presence is very visible in Capital Urumqi and other parts of Xinjiang and apart from keeping an eye physically, surveillance is done thought network of security cameras, biometrics and unwanted activity means swift action including electric shock.  He also senses frustration among Uyghur Muslims from Pakistan as they expected word of sympathy from the country.

Mohaddis in November 2019 had published an exclusive write up with the title "condition of Muslims in Chinese province Xinjiang in the light of international media reports" and states problems for Muslim population started in 1949. It also notes killing of 75000 Muslims by Chinese forces in the province in 1966. The incident started with Chinese authorities trying to stop local Muslims for Eid ul Azha in Kashgar, one of the westernmost cities of the country.

The article states that copies of the Holy Quran have been forcibly confiscated and around a million minority Muslims are kept in detention camps. It also cites the Human right watch report which says every Muslims have to download an official Chinese application in cellphone which allows Chinese authorities to know all the details of the person and complete record of every Muslim between the age of 12 to 65 has been prepared including their DNA, Fingerprints.

Some journals have been raising questions over the silence by Muslim governments according to the study. Monthly Tarjuman Ul Quran from Lahore in December 2019 published an article titled, "attention-seeking issue of Uyghur Muslims" says will Pakistani Muslims respect Chinese territorial integrity, they also feel Uyghur Muslims should be respected and that will help increase China's internal security and send a message of goodwill across the Muslim world. Tarjuman Ul Quran highlighting how Muslim ummah has a geographical unity and includes "Chinese Turkestan", the other name of Xinjiang.

Weekly Al Aitisam from Lahore in February 2020 expressed concerns over reports regarding Muslims in Xinjiang and cited BBC reports and viral social media videos. It noted complete silence and indifference of Muslim governments over the situation of Uyghur Muslims.  September 2019 issue of monthly Uswah Hasana from Karachi made supplication on the occasion of the new Islamic year and seeks blessing of God for Muslims living in difficult conditions in areas including in China.

Mainstream Pakistani media has been by and large silent on the issue on expected lines, Dawn in its editorial in November 2020 said, "like many other countries, Pakistan too has a spotty human rights record, but when it can speak out against the human rights violations of the Kashmiris and the Rohingya, can it stay silent about the Uyghurs?"

The Pakistani authorities in the assessment found prominent religious leaders have commented on the subject. While they are cautious on the issue they expect Pakistani govt raise the concern with the Chinese leadership through diplomatic channels.

One cleric Rashdi in his column titled "Rohingya Muslims and the verdict of the international court of justice" pointed out that Muslim genocide is not confined to Arkan in Myanmar but other parts of the world including Xinjiang. In another column titled "current situation of Muslim ummah and responsibility of religious people"

In fact, renowned scholar Mufti Muhammad Taqi Usmani in a tweet on December 28th, 2019 had said, "News regarding China's Uyghur Community is very disturbing. Government of Pakistan must confirm this news and reach out to Chinese authorities using its influence to win justice for the Uyghurs". At a time of collective silence, the tweet does raise the eyebrows for the authorities.

The study comes even as Pakistan government had to face embarrassment over the leaked reports of the Independent power commission that highlighted Chinese companies were charging rates higher than even local Pakistani companies.  The commission was constituted by Pakistani govt to evaluate CPEC power projects and while the report was suppressed locally, it got coverage in international media.