Shah attacked the Gandhi scion and said that doubting the IAF does not suit the national president of any party. 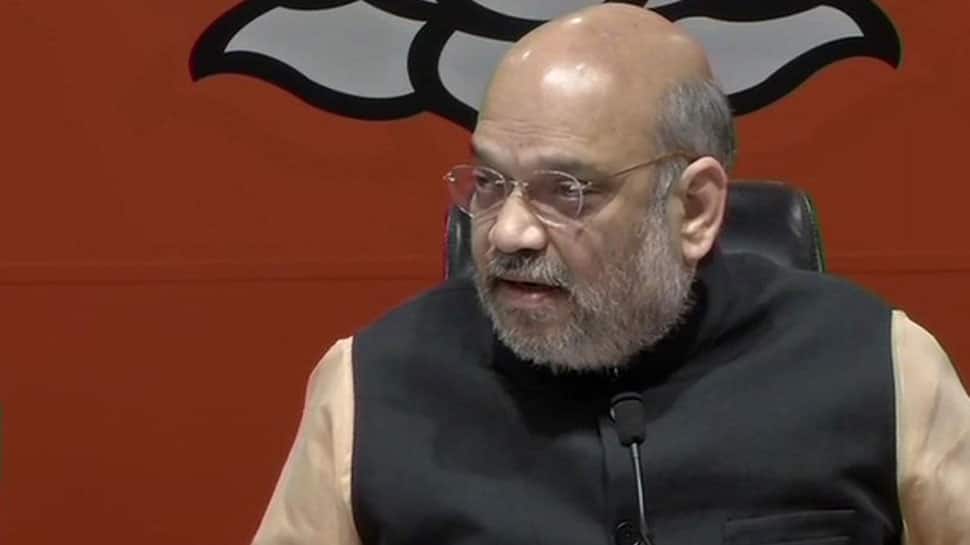 New Delhi: BJP president Amit Shah on Saturday strongly criticised Congress after Rahul Gandhi's aide Sam Pitroda raised questions on the Indian Air Force-conducted airstrikes in Pakistan's Balakot. Shah said that the Congress president must explain it to the nation if they consider the heinous Pulwama attack a routine incident.

Seeking answer from the Congress chief in a press conference, Shah further asked if Pakistan should not be held responsible for the deeds of its seven to eight people, then who is to be blamed for the deadly terror attacks taking place in the country.

"If a country shouldn't be held responsible for the deeds of  7 to 8 people, does Congress believe that Pakistan government and military have a connection with the terror attacks in India? If there is a connection, who is the culprit, Congress party should answer," Shah asked.

Hitting out at the Congress for questioning the airstrikes, the BJP chief said, "If terror attacks shouldn't be responded with surgical strikes & air strikes, and should be dealt with talks, is this Congress' policy to deal with terrorism. Congress president should respond on these."

Raking up up the much-talked-about IAF airstrikes on Jaish-e-Mohammad terror camp in Balakot, Rahul Gandhi's close confidant and chief of Indian Overseas Congress Sam Pitroda had asked the Modi government to reveal if the aerial operations were a success and killed as many as 300 terrorists.

The Congressman refused to blame Pakistan for terror strikes in India and also brushed aside the Pulwama attack as something that happens all the time. The airstrikes came as a retaliation following the February 14 suicide bombing of the Central Reserve Police Force convoy in which at least 40 paramilitary personnel were killed.