Union Minority Affairs Minister Mukhtar Abbas Naqvi said that the farmers` movement is far from reality and is standing on false beliefs created by the "political syndicate". 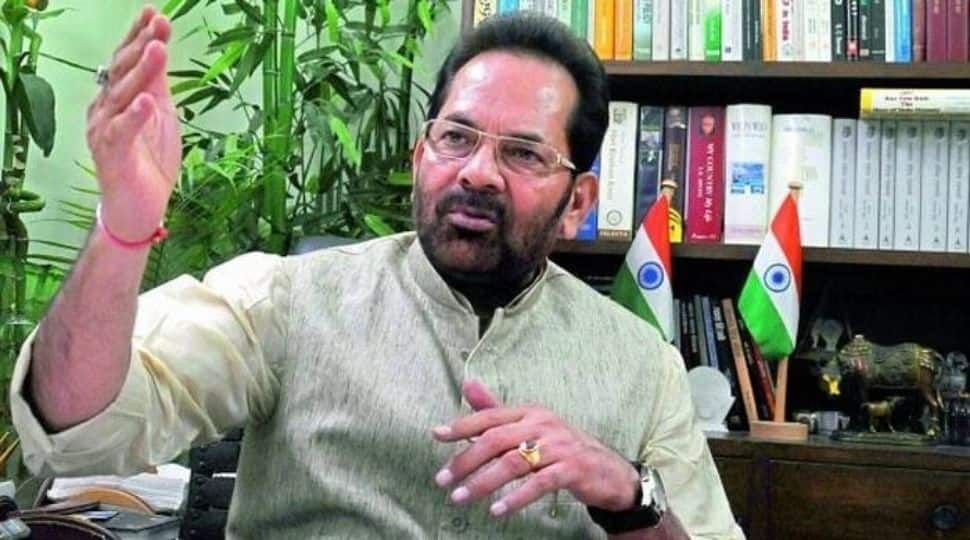 New Delhi: In a veiled attack on Congress, Union Minority Affairs Minister Mukhtar Abbas Naqvi on Sunday (December 13) said that the farmers` movement is far from reality and is standing on false beliefs created by the "political syndicate".

"The whole movement is far away from reality and is standing on false beliefs. The people who have created the environment of fear and false beliefs, are those conspiring, political syndicate that has been completely rejected by the people," said Naqvi. The Minister claimed the government has listened to all demands of the farmers that were raised during the initial phase of the protests and reiterated that farmers are `confused` by the "dynasty" that is trying to `defame the democracy` of the country.

"When the movement was started by some farmers brothers, then their demands were that minimum support price (MSP), mandis and their fields should be secured. Now the question arises that when the government is listening to all the demands of the farmers and agreeing to all their demands, why they are protesting. What is the question of confusion here?" he asked.

"The confusion is created by powers that are creating confusion on all issues in the country from the past six years. The defeated dynasty is trying to defame the democracy of the country and some small forces (Chngu mangu) keep helping them," he added.

Meanwhile, the agitation on Delhi borders entered its 18th day on Sunday (December 13), with the farmers` call to block Jaipur-Delhi main road today to mark the agitation against the three laws.

Farmers have been protesting on different borders of the national capital since November 26 against the three newly enacted farm laws-Farmers` Produce Trade and Commerce (Promotion and Facilitation) Act, 2020, the Farmers (Empowerment and Protection) Agreement on Price Assurance, and Farm Services Act, 2020, and the Essential Commodities (Amendment) Act, 2020.