The first consignment of AH-64E Apache Guardian Attack Helicopters from the US defence manufacturing giant Boeing will arrive onboard an Antonov AN 224 Transport Aircraft today. 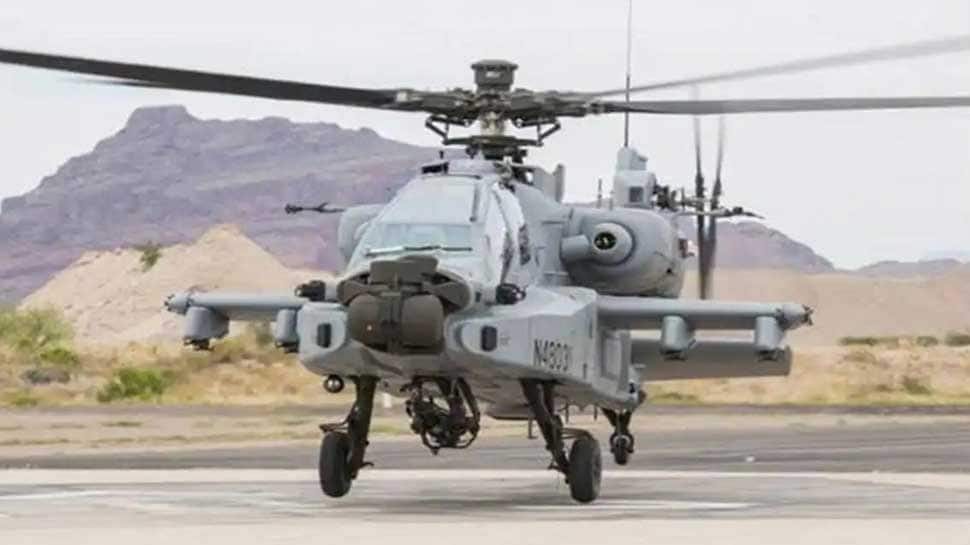 NEW DELHI: In a big boost to the Indian Air Force (IAF), the first batch of Boeing AH-64E Apache Guardian Attack Helicopters will arrive at Hindon Airbase in Ghaziabad on Saturday. The first consignment of AH-64E Apache Guardian Attack Helicopters from the US defence manufacturing giant Boeing will arrive onboard an Antonov AN 224 Transport Aircraft today.

According to reports, three to four AH-64E Apache attack helicopters will be delivered to India in the first batch.

Following final assembly and a series of user trials, the helicopters will be sent to Pathankot Air Base, near the India-Pakistan border, for a final induction into service.

According to the report, Group Captain M Shaylu will command the squadron. Currently, 125 Helicopter Squadron of Mi-35 choppers is also stationed at Pathankot.

The first IAF unit to receive the new helicopter gunships will be the 125 Helicopter Squadron (125 H SQUADRON) deployed at Pathankot. The second AH-64E-equipped squadron will reportedly be stationed at Jorhat Air Base in Assam.

It was earlier reported that first four helicopters would arrive on a US Air Force C-17 Globemaster III Transport Aircraft at Pathankot folowing which they will be assembled there. But, no official confirmation came from the Defence Ministry or the IAF regarding the place and time of delivery.

The first AH-64E was officially handed over to the IAF during a ceremony at Boeing’s production Center in Mesa, Arizona, on May 10.

Air Marshal AS Butola, accepted the first Apache in a ceremony at Boeing production facility. During the ceremony, representatives from the US Government were also present.

Air and ground crews for the AH-64Es have undergone extensive training over the last couple of months at Fort Rocker, Alabama

India had signed a USD 2.2 billion contract with the United States and Boeing for the delivery of 22 AH-64Es and 15 CH-47F Chinook heavy-lift helicopters for the IAF in September 2015.

The IAF inducted the first batch of four CH-47F Chinook helicopters in its fleet in Chandigarh in March 2019. With this, the Chinook helicopters became a part of the 126 Helicopter Squadron, which currently operates the last of the Mi-26 heavy-lift choppers.

“The addition of AH-64 E (I) helicopter is a significant step towards modernisation of IAF’s helicopter fleet. The helicopter has been customized to suit IAF’s future requirements and would have significant capability in mountainous terrain,” the IAF had said in a statement earlier.

The Apache AH-64E helicopter is equipped with a 30-mm machine gun, which can fire up to 1,200 rounds at a time. Apart from this, Apache is also equipped with the anti-tank Hellfire missile, which is believed to be capable of destroying a tank.

As an additional weapon, a Hydra Unguided Rocket, capable of perfect execution of any target on land, is also installed. The helicopter can fly at a speed of 150 nautical miles per hour, which helps it to reach the enemy at a tremendous speed in the air.

The helicopter has the capability to carry out precision attacks at standoff ranges and operate in hostile airspace with threats from the ground. The ability of these helicopters, to transmit and receive the battlefield picture, to and from the weapon systems through data networking makes it a lethal acquisition.

These attack helicopters will provide a significant edge in any future joint operations in support of land forces and also help India in fortifying its border with Pakistan.