The exercise, codenamed 'Sea Vigil, was conducted over an intense 36-hour period from January 22-23 and concluded on Tuesday night. 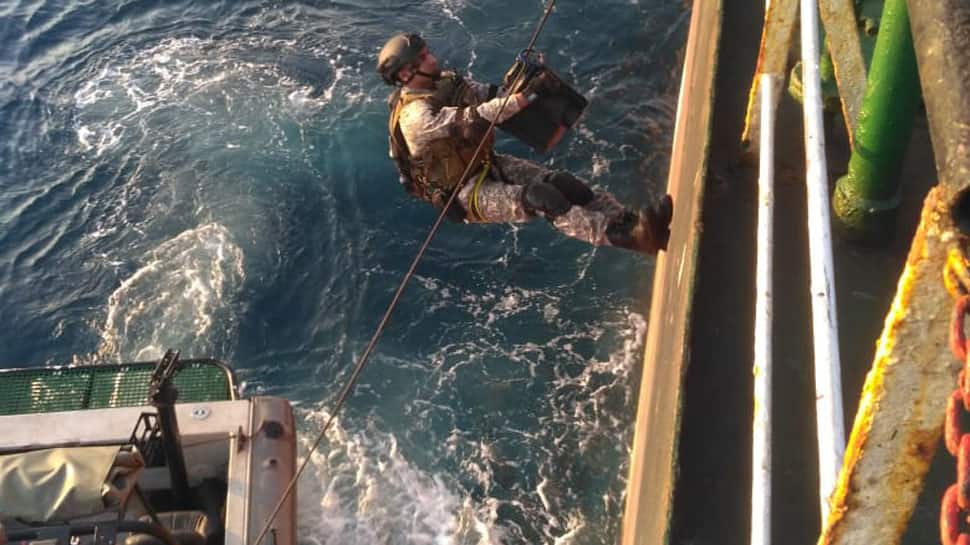 The first ever coastal defence exercise, conducted by the Navy and Coast Guard in close coordination with State Governments and Union Territories, concluded, a Defence release said on Wednesday.

The exercise, codenamed 'Sea Vigil, was conducted over an intense 36-hour period from January 22-23 and concluded on Tuesday night. Planned in two phases, it was conceptualised to test the country's preparedness against any attack through the sea route.

The Phase I commenced with the deployment of personnel and sea-going units of all stakeholders. At least 150 ships and 35 aircraft of the Navy and Coast Guard were deployed for the exercise and when added to sea-going assets of other stakeholders like the State police, CISF, Customs etc reaches an astonishing 500-600 craft at sea. This layered defence provided a near-unbroken 'Nigrani' or surveillance net along the entire coast of India and outlying islands.

This was further enhanced by the Chain of radar stations setup along the coast as part of the Coastal surveillance network. All this was fed back to the Joint Operations Centres set up by the Navy at Mumbai, Kochi, Visakhapatnam and Port Blair for monitoring, analysis and response. The uniform and technical surveillance network was further augmented by the fishing communities along the coast as the 'eyes and ears' of the nation's coastal security construct.

The Phase I also saw an intensive audit of all measures put in place since 26/11 Mumbai attack to improve the measures of efficiency and effectiveness of coastal security. This 'Nireekshan' was undertaken by multi-agency teams deployed to check and audit important landing points including Fish Landing Centres and Vulnerable areas and important installations along the coast as well as in the hinterland.

These teams were given a free hand to commandeer fishing vessels, merchantmen and attempt to reach the coast. 8-10 teams were deployed in each state and it is to the credit of all participating agencies that only a few 'attacks' were successful. Many attacks were allowed to 'go-through' to test the robustness of Police 'Nakabandi' which was found to be very effective throughout the exercise. The Customs also undertook rummaging of visiting ships at anchorage and in the harbour.

Phase II also saw the exercising of various contingencies on land after an 'assumed' landing. The NSG was also called in to tackle hostage situations in two-three vital installations. Contingencies including hijacking of ships, bomb disposal in malls, attacks and responses on places of worship etc were also exercised and tested for effectiveness. The Crisis Management Groups of states were also activated to deal with such situations.