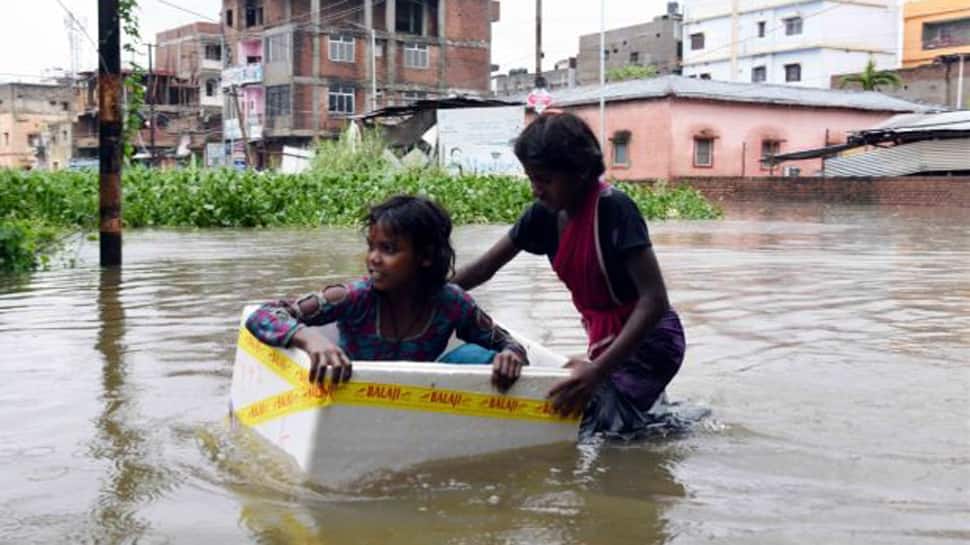 At least 24 people have died in Bihar till Sunday due to heavy rainfall which has crippled life in the state. In capital Patna, a record rainfall has caused heavy water-logging in several parts of the city throwing normal life completely out of gear. Bihar Chief Minister Nitish Kumar on Sunday sought Centre's help as floods situation worsened after heavy rains continued to lash the state for the third consecutive day on Sunday. The Bihar government has also sought help from the Indian Air Force in evacuating people trapped in Patna and other parts of the state.

''The unexpected "heavy to extremely heavy rain" has so far claimed the lives of over 24 people - mostly drowned - across the state,'' the Disaster Management Department said. The Indian Meterological Department has predicted more rain in the next 24 hours, saying some districts of Bihar are expected to receive heavy to very heavy rainfall on Monday.

The Ministry of Home Affairs (MHA) on Sunday said that it is closely monitoring the situation in Bihar, Jharkhand and Uttar Pradesh, adding that the Centre will provide all necessary support to these states. "Ministry of Home Affairs is in close contact with the administration of rain-affected state and as per the demand from Bihar government additional National Disaster Relief Force (NDRF) teams have also been deployed in Patna," Union Minister of State for Home Affairs Nityanand Rai said.