Former Finance Minister and senior BJP leader Arun Jaitley was admitted to the Cardiology Department of AIIMS, Delhi on Friday where he is being attended by a team of doctors.

NEW DELHI: Former Finance Minister and senior BJP leader Arun Jaitley was on Friday admitted to the All India Institute of Medical Sciences (AIIMS) in New Delhi. He has been admitted to the ICU of Cardiology Department of AIIMS where he is being attended by a team of doctors.

He was admitted to AIIMS around 11 AM, according to reports.

The 66-year-old BJP leader is stable and his health is being monitored by a team of endocrinologist, nephrologist and cardiologist, the hospital said.

As soon as the news spread, Prime Minister Narendra Modi arrived at the hospital to inquire about Jaitley's health.

After staying at the hospital for some time, the PM left for his residence.

Jaitley`s family members are staying at the VIP room of the Cardiothoracic and Neurosciences Centre in AIIMS.

The Delhi-based hospital said that Jaitley is haemodynamically stable at the moment and his health is being closely monitored. 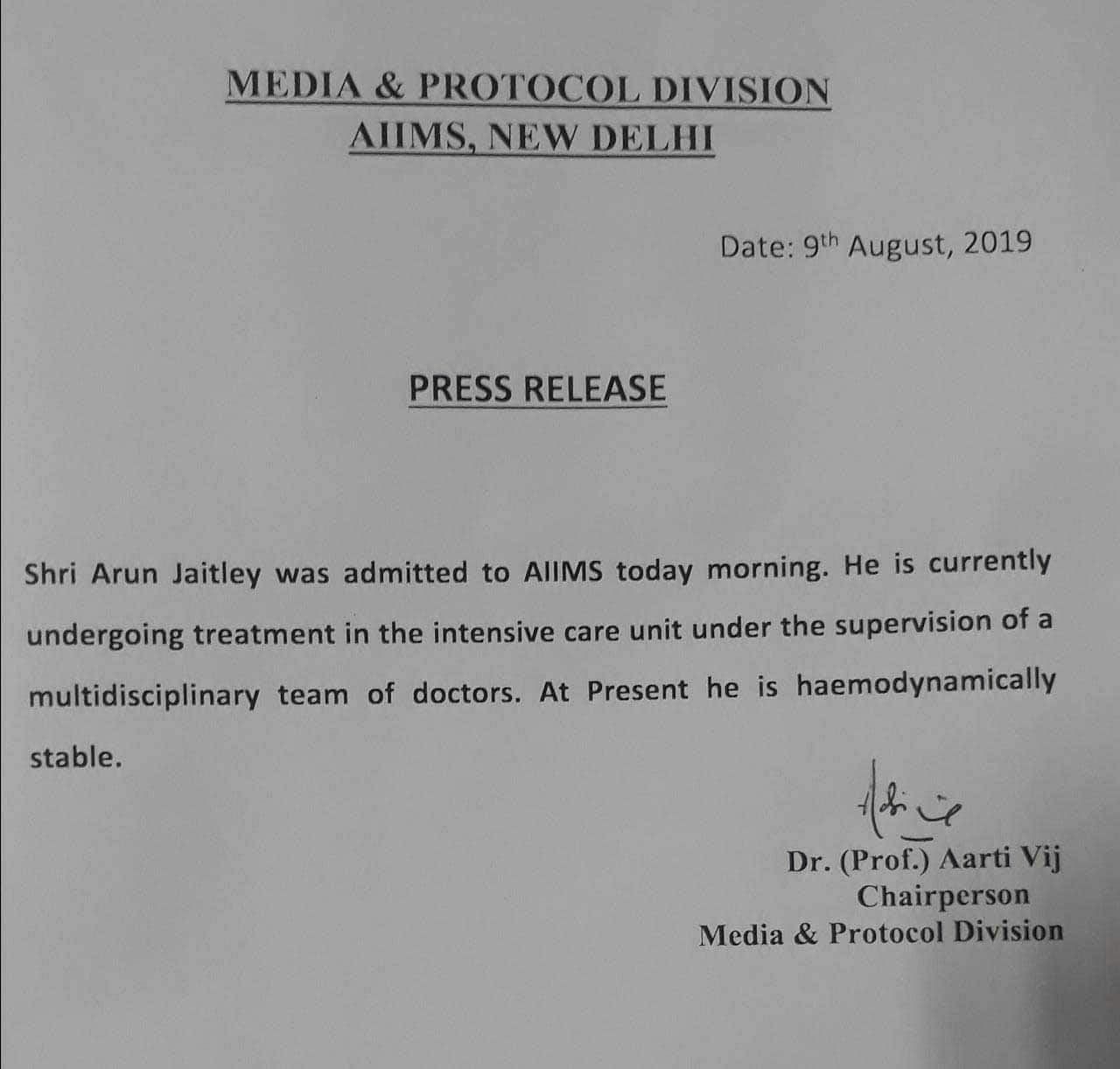 The veteran BJP leader has not been keeping well for some times.

Jaitley took a three-month sabbatical to undergo a kidney transplant last year, following which he was put under isolation.

Jaitley had served as the Finance Minister in the Narendra Modi-led NDA government's first term in office.

Due to his poor health, he was forced to fly to the United States for medical treatment.

In view of his poor health, Union Minister Piyush Goyal was appointed as the interim Finance Minister and he even presented the Modi government 1.0's Interim Budget in February this year before the 2019 Lok Sabha polls.

After the Narendra Modi-led Bharatiya Janata Party returned to power with a thumping majority in the 2019 Lok Saba polls, Jaitley had written to the PM and told him that he'd like to stay away from "any responsibility" on account of his ill health.

Earlier this week, the ruling BJP had lost one of its most charismatic and popular leaders - Sushma Swaraj - who died of a massive cardiac arrest.