In 2019, India is celebrating the 150th birth anniversary of Mahatma Gandhi. On this day, here's a recap of a few of the important movements associated with Gandhi. 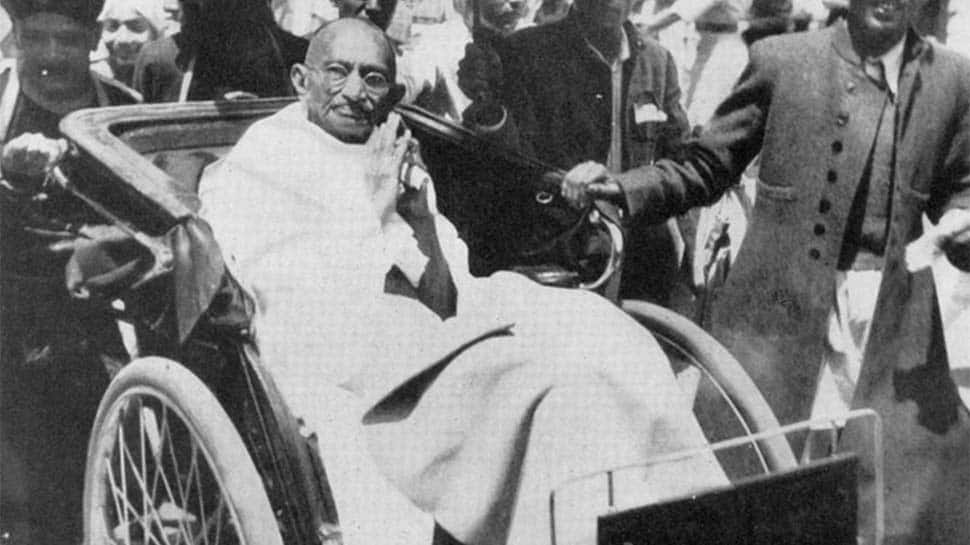 New Delhi: October 2 marks the birth anniversary of Mahatma Gandhi. This year, India celebrated the 150th birth anniversary of Gandhi, the Father of Nation. He is called a national leader for a reason. He was not only successful in launching many mass movements related to the freedom struggle in India but also made sure that the society is away from any kind of discrimination be it of any cast, creed or gender and fight together as Indians.

On his birth anniversary, here's a recap of a few of the important movements associated with Mahatma Gandhi.

The Champaran Satyagraha which is India's first Civil Disobedience movement was launched by Mahatama Gandhi in the year 1917. This vital movement in the history of India gave strength to the Indian citizens to raise voice against the injustice being done to them. Champaran movement was conducted to voice against the injustice being done to the tenant farmers in Bihar where they were forced to grow indigo and had to face the harsh rule of the British government which angered them. This lead to the large movement which was lead by Mahatma Gandhi with the support of the local leaders of Bihar.

Kheda Satyagraha held in the year 1918 was a movement that raised voice against the heavy taxes levied on the farmers of Kheda district in Gujarat. Mahatma Gandhi who leads the movement was also supported by prominent leaders like Sardar Vallabbhai Patel, Indulal Kanaiyala Yagnik, Mahadev Desai, and few others. The peasants of Kheda were badly affected by the famine of Chappania Akal and therefore were incapable of paying the increased taxes by the British Raj. The movement mobilised the mass of Gujarat and demanded call off for taxes.

The Khilafat Movement of the year 1919 was an Indian Muslim movement which voiced against the removal of Islamic leader Caliph Abdul Hamid II after the World War I. Mahatma Gandhi supported the community in launching the movement in India. He addressed the Muslims in the All India Muslim Conference and demanded a boycott of British government rules. The movement turned out to be successful and Mahatma Gandhi became the national leader supported by every religion of the country.

The Non-Cooperative Movement was one of the biggest mass movements India had ever observed. The reason which made Indians join the movement was the malice act of the British government at Jalloianwala Bagh massacre which had shaken the Indian sentiments. This movement gave birth to the slogans of Swaraj and people pan-India boycotted the British establishments and titles. The outrage in the crowd increased which lead to Mahatma Gandhi called off the movement.

Known as Dandi March or the Salt Satyagrah, it is one of the vital events in the history of India. Civil disobedience Movement is a clear example of Gandhi's way of nonviolent protest. The movement took place in the year 1930 was Gandhi urged people to break salt law and marched for 24 days that is from 12 March to 6 April 1930. The movement went on several phases and instigated the Indians to fight for their rights. This event also remains important because a lot of women in India became a part of it thereby Mahatma Gandhi was successful in uplifting the p[osition of women in the society.

The 1942 Quit India Movement was lead by Mahatma Gandhi with prominent the leaders of the All- India Congress Committee. As the name suggests the protest initiated the British to quit India. Mahatma Gandhi raised the slogan of DO or Die in this very movement. After a few hours of movement launch, all the leaders along with Mahatma Gandhi was arrested and imprisoned and this lead to a violence like situation in the country. Though India was not granted independence immediately in 1947 the freedom struggle came to an end when the British decided to free India.