As India celebrates 150th birth anniversary of Mahatma Gandhi on Wednesday, let us take a trip of some of the important places across the country associated with the Father of the Nation. 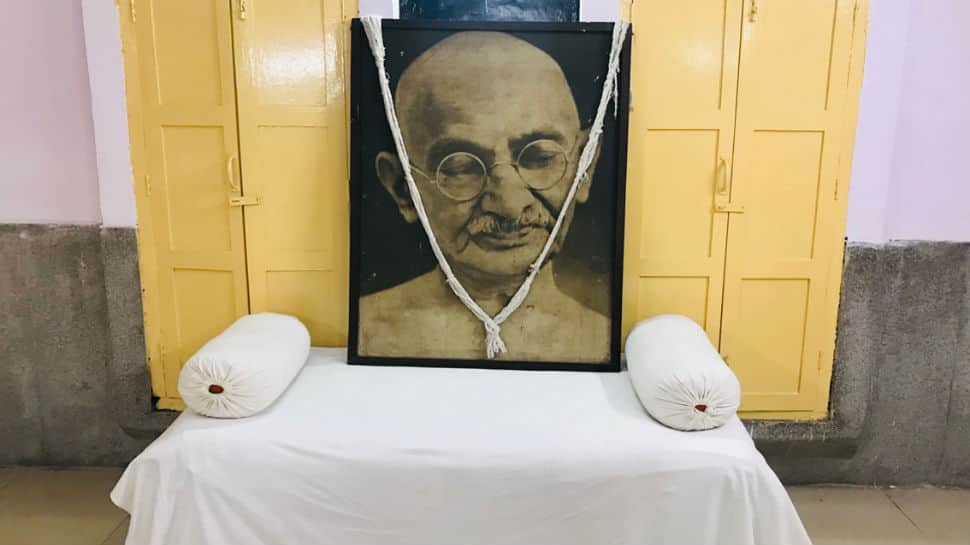 The room where Mahatma Gandhi stayed for 214 days at Valmiki Mandir in New Delhi. (Image Courtesy: IANS)
Share:
Written By:

New Delhi: Gandhi Jayanti is celebrated every year on October 2 to mark the birth of Mahatma Gandhi. He led the country towards freedom from the British Rule in 1947 and is behind the Satyagraha and the civil disobedience movement.

As India celebrates 150th birth anniversary of Mahatma Gandhi on Wednesday, let us take a trip of some of the important places across the country associated with the Father of the Nation.

Porbandar in Gujarat is the birthplace of Mahatma Gandhi. He was born to Putlibai and Karamchand Gandhi in 1869.

The prime attraction in Porbandar is the Kirti Mandir, the ancestral house of Gandhi. Behind Kirti Mandir is Navi Khadi, where Kasturba, Gandhi's wife was born.

A new building adjoining the Kirti Mandir was later constructed, which has a Gandhian library.

The Sabarmati Ashram in Gujarat's Ahmedabad is where Gandhi lived for several years. It is the epicentre of India's freedom. It was from here that Gandhi led the Dandi march, also known as the Salt Satyagraha, in 1930. Gandhi lived in a small cottage here which is now known as 'Hridaya Kunj'.

The ashram has been converted into a museum, the Gandhi Smarak Sangrahalaya.

Sabarmati Ashram was inaugurated by Jawaharlal Nehru, the first Prime Minister of India.

The museum is located in New Delhi. It showcases the life and principles of Mahatma Gandhi through galleries, displays, his work and more. It first opened in Mumbai after Gandhi was assassinated in 1948. However, the museum was later shifted to the Raj Ghat in Delhi, a memorial dedicated to Mahatma Gandhi.

Mani Bhavan is a museum and historical building dedicated to Gandhi in Mumbai. The place shaped Gandhi's political activities in Mumbai, including the Non-Cooperation, Satyagraha, Swadeshi, Khadi and Khilafat Movements. His association with the charkha also began here.

The Gandhi Sangrahalaya in Patna, Bihar, is a museum and public service institution. It showcases the life and principles of Mahatma Gandhi and his role in Bihar during the independence struggle. It contains a visual biography of Gandhi containing photos, paintings, sculptures, manuscripts.

This is also where Kasturba and Mahadev died.

What is plogging and how it's helping in fighting climate change