India is celebrating the 150th birth anniversary of Mahatma Gandhi, the Father of the Nation, on Wednesday. 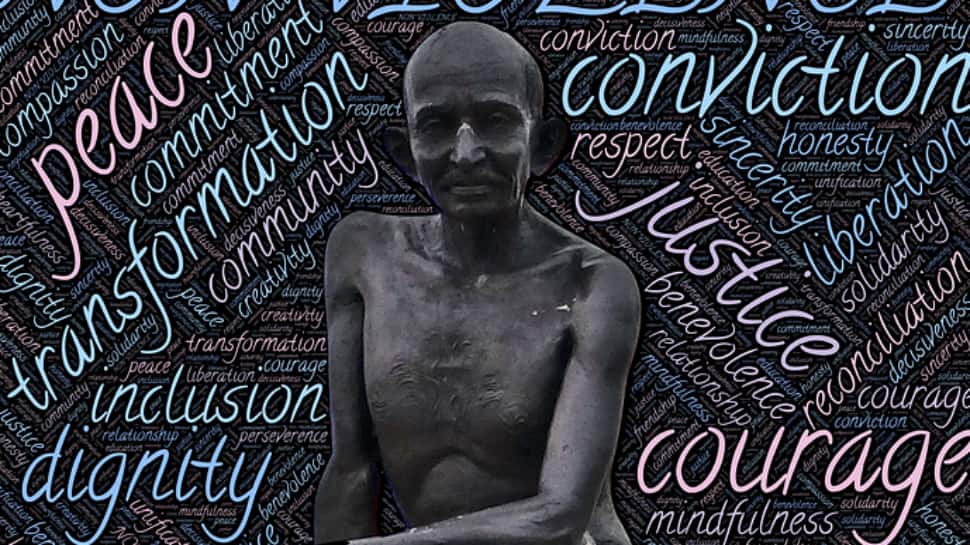 New Delhi: It's Gandhi Jayanti today (October 2) and in the year 2019, India is celebrating the 150th birth anniversary of Mahatma Gandhi, the Father of the Nation.

India is commemorating the day by holding several programmes across the country as a mark of respect. Prime Minister Narendra Modi and other top political leaders of the country arrived at the Rajghat in New Delhi to pay their tributes to Gandhi

Mohandas Karamchand Gandhi was born on October 2, 1869, in Porbandar, Gujarat. He united India and led the country towards freedom from the British Rule through Ahimsa (non-violence) and Satyagrah. He is also fondly called as Bapu.

As the nation remembers Mahatma Gandhi on his 150th birth anniversary, here are some of his famous quotes:

* Happiness is when what you think, what you say, and what you do are in harmony.

* Service which is rendered without joy helps neither the servant nor the served.

* The weak can never forgive. Forgiveness is the attribute of the strong.

* You must be the change you wish to see in the world.

* An eye for an eye makes the whole world blind.

* The greatness of a nation can be judged by the way its animals are treated.

* A man is but a product of his thoughts. What he thinks he becomes.