A series of programmes have been planned by the Bharatiya Janata Party (BJP)-led NDA government to convey its various achievements to the people. 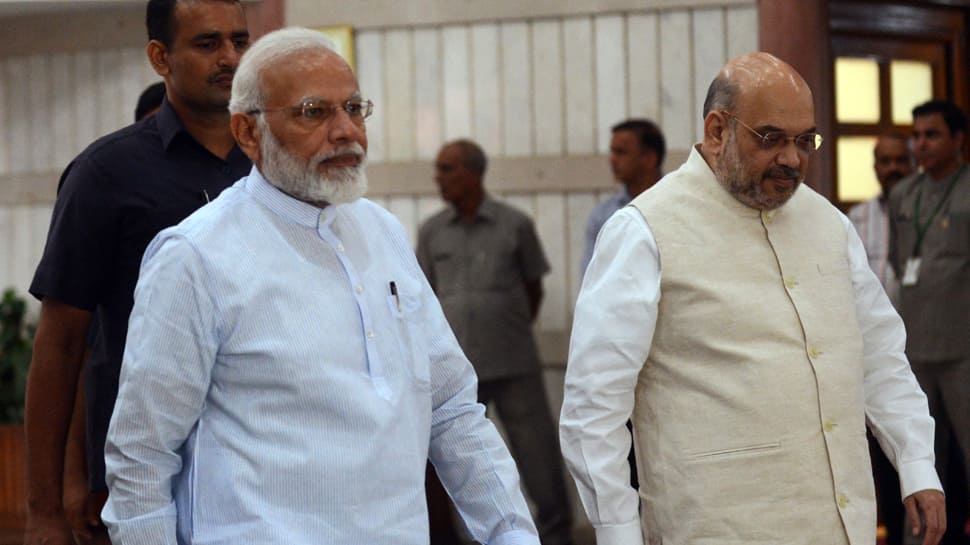 Prime Minister Narendra Modi-led central government is slated to present its report card on the first 100 days in office. The report, which is based on the functioning of the Modi government in its second tenure in office, is slated to be released on Saturday.

A series of programmes have been planned by the Bharatiya Janata Party (BJP)-led NDA government to convey its various achievements to the people.

On Saturday, apart from release of the report card, all top ministers of Modi government have been asked to write editorial in leading newspapers. A day after the report is released, Union minister Prakash Javadekar is slated to address a press conference at the Constitution Club in the national capital over the same on Sunday.

Several ministers and senior members of the BJP have also been asked to address press meets in different cities across the country. The press conferences are slated to be organised over Monday and Tuesday.

As part of the programme, the government plans to convey to the people that it is a strong and decisive government. Several developments under Modi 2.0, such as criminalisation of triple talaq and abrogation of Article 370, which granted special status to Jammu and Kashmir, are likely to be highlighted during the drive.

The government is also expected to address the concerns over the prevailing economic situation in the country. It plans to reach out to the people and make announcements on issues on the economic front.

Prime Minister Modi-led NDA government was voted back to power with a thumping majority in the Lok Sabha elections. The mandate gave the impetus to the Modi government to take decisive actions on issues of key importance. The biggest move of the government in the second term in office is the decision to abrogate Article 370 and bifurcate Jammu and Kashmir into two Union Territories – J&K and Ladakh.