The head of the Sirsa-based sect is already serving a 20-year sentence for raping two women followers. 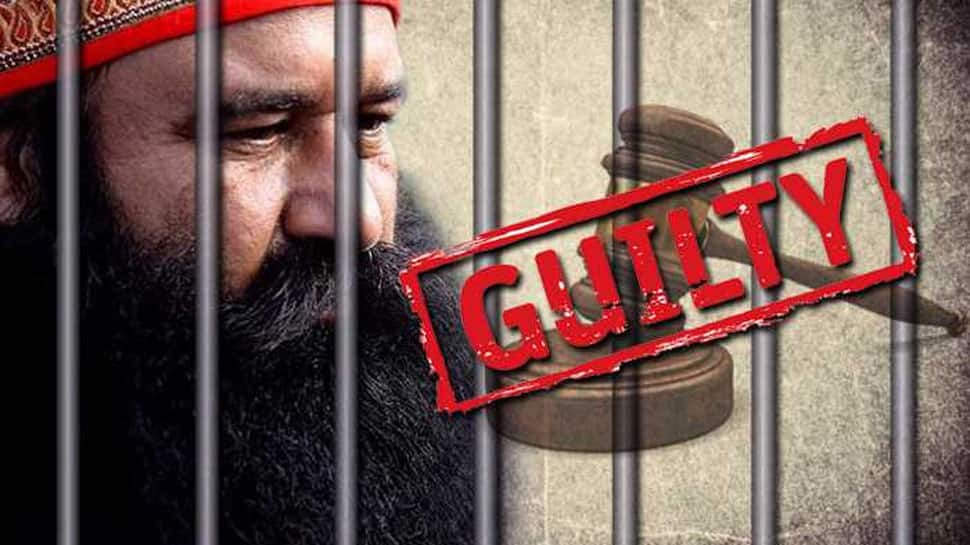 What had happened that day? Read a detailed timeline of events

The three other persons convicted in the case are Nirmal Singh, Kuldeep Singh and Krishan Lal.

The 51-year-old self-styled godman appeared for the verdict via video conferencing from Rohtak jail where he's currently lodged. He had been named as the key conspirator in the case dating back to 2002.

The head of the Sirsa-based sect is already serving a 20-year sentence for raping two 'sadhvis' or female followers in 2002. Following the conviction of the 50-year-old self-styled godman in August 2017 in the rape case, riots broke out in Panchkula and several parts of north India.

Chhatrapati was shot at in October 2002 after his newspaper, 'Poora Sach', published an anonymous letter narrating how the 'sadhvis' were being sexually exploited by Singh at the Dera headquarters in Sirsa. The journalist later succumbed to injuries and a case was registered in 2003. CBI took over the case in 2006.

Sirsa, Panchkula and neighbouring regions are on high alert, with additional police force being deployed in the area. The entire area around the Panchkula court was cordoned off.

In May 2018, former driver of the Dera chief Khatta Singh had deposed in the murder cases of journalist Ram Chander Chhatrapati and Dera follower Ranjit Singh.

He had also claimed to have information about Ram Rahim directing his men to murder Ram Chander Chhatrapati, the editor of a Sirsa-based newspaper. However, he had later turned hostile during his testimony in the CBI court in February 2012. He later said that he had changed his testimony due to the threat from the Dera chief and his goons.

Chhatrapati's son Anshul has demanded that the court must award death sentence to the disgraced self-styled godman.

"We were hoping for the past 16-17 years that we would get justice. We have got justice today after suffering for so long. We had to face a lot of difficulties and suffer a lot as he was very powerful. We thank the CBI team that investigated the case and supported us. This man should get the death sentence," Anshul told PTI.