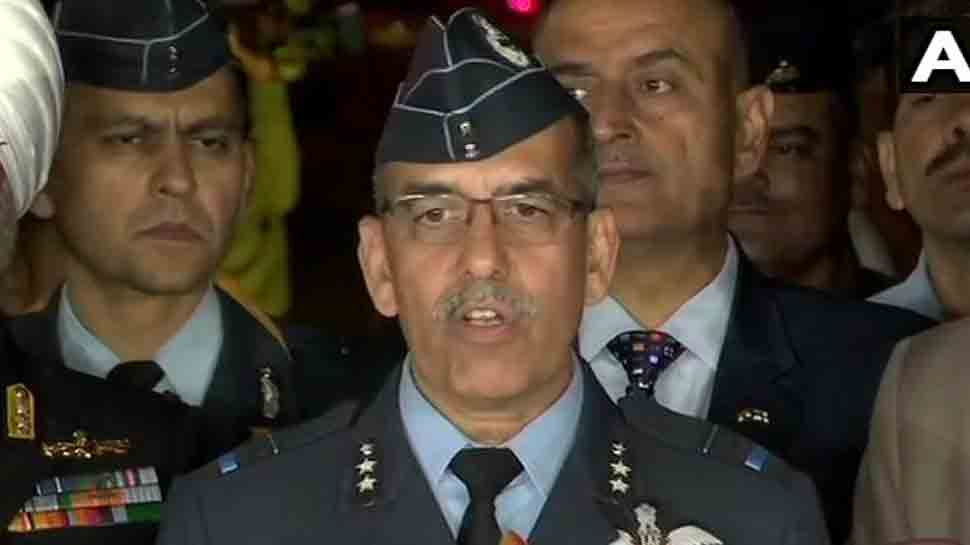 New Delhi: Days after the Indian Air Force (IAF) targetted the biggest Jaish-e-Mohammed's training camp in Pakistan's Balakot, Air Vice Marshal RGK Kapoor on Friday said that they got the desired result in the strike.

"We have evidence to show that whatever we wanted to do and the targets we wanted to destroy, we have done that. Now, it was up to the political leadership to decide when and how to release evidence of the Balakot strike's success," he said during the conference.

The IAF showed parts of Amraam missiles as proof that Pakistan used F-16 aircraft to attack Indian military establishments on Wednesday. "Pakistan lied that no F-16 was used but there was enough evidence," Kapoor said. Stating that Pakistan aircraft targeted military installations, he added that PAF bombs were unable to damage any of India's defence installations.

Kapoor was addressing the media along with the representatives of the Army and the Navy, who both said the armed forces are on high alert and ready to meet any security challenge on land and sea.

Tensions between the two countries escalated after Indian fighters bombed terror group Jaish-e-Mohammed's biggest training camp near Balakot deep inside Pakistan early Tuesday. It came 12 days after the JeM claimed responsibility for a suicide attack on a CRPF convoy in Kashmir, killing 40 soldiers.

On Wednesday, Intelligence agency sources claimed that at least 42 trained suicide bombers, who were living in the Jaish's camp in Balakot, were completely destroyed during the IAF strike, carried out on Tuesday morning. As per sources, most of these suicide bombers were waiting at the launch pad to enter India and wreak havoc.

The Markaz Syed Ahmed Saheed training Camp in Balakot was headed by Mohammad Salim alias Ustad Ghauri, the brother-in-law of JeM chief Maulana Masood Azhar. The terror camp was hit hard at between 3:45 am and 3:53 am by IAF's Mirage 2000 fighter jets in an operation which lasted around 21 minutes. The pre-dawn airstrikes by IAF destroyed at least three Jaish control rooms in Balakot.

What is AMRAAM, the missile that nailed Pakistan's lie