After passing his Class 10 exam, he joined the government-run higher secondary institution in Tral area and completed schooling in 2011. 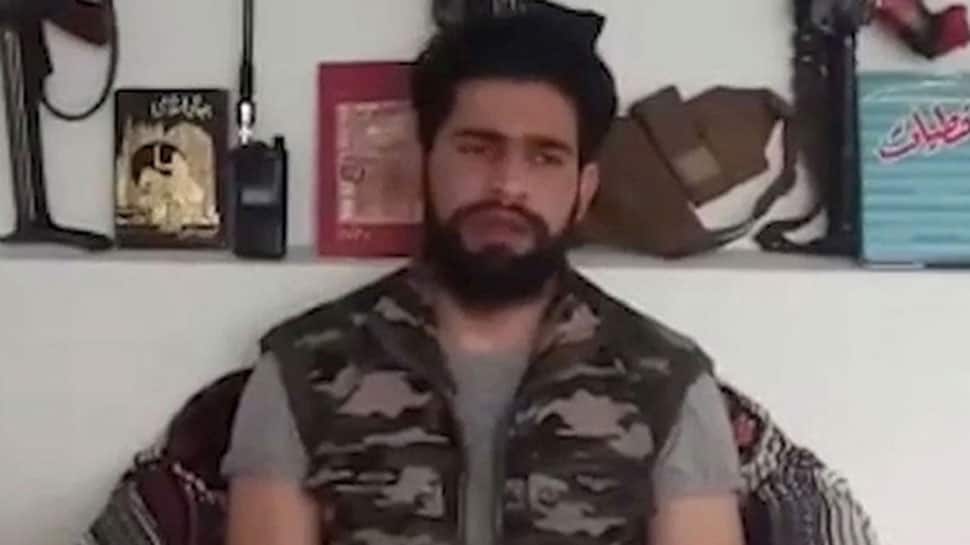 Srinagar: The journey of Zakir Rashid Bhat, from a well-to-do middle-class family of Noorpora village in Jammu and Kashmir`s Tral area to becoming `Zakir Musa` or the most wanted militant in Kashmir reads like a Bollywood blockbuster.

He studied at the high school in Noorpora village up to Class 10. His family took extra care of his performance in studies.

After passing his Class 10 exam, he joined the government-run higher secondary institution in Tral area and completed schooling in 2011.

His father decided to send Zakir Bhat out of the Kashmir Valley so that he remained away from the daily tensions that distract Kashmiri boys and girls from focussing on their studies.

In Chandigarh, however, he kept hearing about youths joining militancy, especially in his Tral area that had become a breeding ground for home-grown militancy in south Kashmir.

In 2013, Zakir`s best friend Idrees persuaded him to join the militant ranks.

Zakir abandoned studies at Chandigarh without telling his family that he was going to take a one-way road to become a `shaheed`.

He found contacts to meet Burhan Wani who was becoming the poster boy of militancy in Kashmir.

Zakir now became the new hero for militants and their overground supporters.

But he was disgruntled with the Hizbul Mujahideen and parted ways.

A statement released on July 27, 2017, by the Global Islamic Media Front, an Al Qaeda-affiliated information network, said that Al Qaeda had created a cell in Jammu and Kashmir called `Ansar Ghazwatul Hind` headed by Zakir Musa.

After this announcement, Zakir became the most wanted militant commander in Kashmir.

His threats to behead Kashmiri separatist leaders for calling Kashmir a political issue rather than a religious struggle to establish an Islamic Caliphate were widely reported by the media in the country and outside.

There appeared to be no takers for rumours that he was an "Indian agent" and was seeking to discredit the "freedom struggle".

Authorities did not confirm the killing of Zakir on Thursday although they began preparations to ensure that there was no major law and order issue after the death was announced.

Zakir`s brother was the first to confirm that he was dead. Highly placed sources further confirmed this to IANS on Thursday.

Zakir`s family had gone to Awantipora police station in Pulwama district to receive his body at night even when the authorities maintained that nobody had been recovered.

The official refrain continued till early on Friday when authorities chose to announce the news about Zakir`s killing.

Some reports said he had come home to visit his family when the security forces came to know about it and surrounded his house in Noorpora village in Tral area. It led to his death.