Pakistan is looking at making a number of military upgrades to counter India and is therefore keen to build closer ties with Russia. 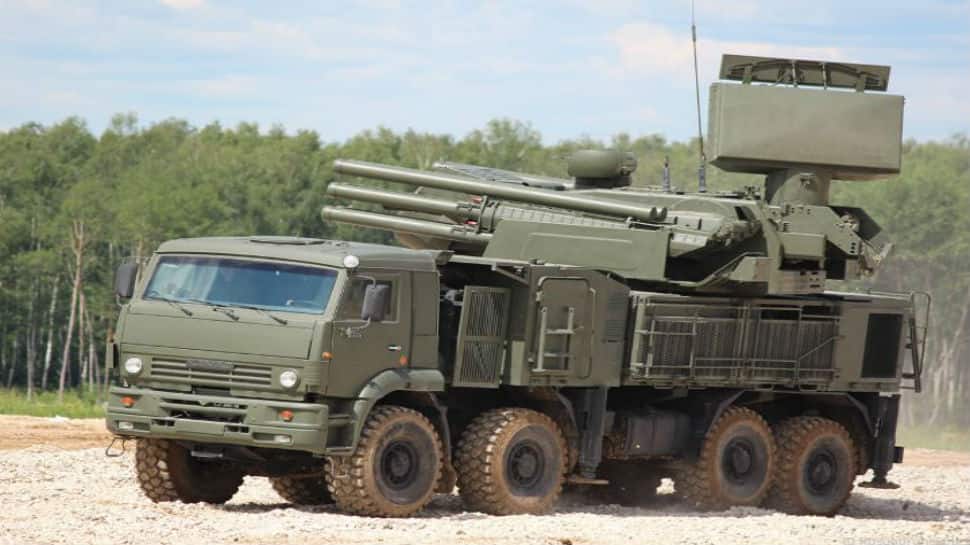 New Delhi: Rattled by the surgical strike carried out by the Indian Air Force jets on terrorist training camps in Balakot, Pakistan has decided to buy Russian-made Pantsir Missile System from Moscow.

Pakistan is now planning to send a delegation to Moscow to finalise the deal and also have an arrangement for training defence personnel to Pantsir Missile System.

"Pakistan is buying the latest and modernised weapons system to counter India. Pakistan is eyeing to procure tanks to anti-aircraft guns and surface-to-air missile system from Russia," an Indian Defence Ministry official, aware of these developments, told to Zee News.

As per an earlier report, Pakistan has drawn up a plan to also procure 360 T-90 tanks from Russia to bolster its combat power along the border with India.

T-90 tanks are the backbone of armoured regiments of the Indian Army.

Pakistan is trying to forge a deeper defence corporation with Russia, which has been India's 'all-weather' ally and shares a defence relationship that goes back to the Soviet era.

Pakistan trying for closer ties with Russia is evident from joint military exercises along with defence deals which have triggered concerns in New Delhi.

Equipped with an array of radars for tackling and target-acquisition, Pantsir system is able to counter enemy air attacks employing precision munitions at the low to extremely low ranges. It also provides air defence cover to military installations against aircraft, helicopters, cruise missile and UAVs.

In another effort to revamp its armored fleet, Pakistan has decided to buy close to 600 tanks with Chinese help. At present, over 70 per cent of Pakistani tanks have night-time operational capabilities which is a concern for India.

In the aftermath of the growing international pressure on Pakistan to reign in Islamist groups active on its soil, China has decided to come in support of its 'all-weather ally'. As per a report, China will sell long-range, technically-advanced drones called 'Rainbow' to Pakistan.

According to an Indian intelligence agency's report, Pakistan has decided to increase the number of drones in Pakistan-occupied-Kashmir so that they can increase the surveillance on the international border, including the Line of Control.

In February of this year, the Indian Defence Ministry had approved 54 Israeli HAROP attack drones for Indian Air Force which can crash into high-value enemy military targets to destroy them completely. The IAF has an inventory of around 110 of such drones which have been renamed as P-4. But Pakistan did not have any long-range combating drone until now.