"I would like to thank the Prime Minister of Pakistan Imran Khan Niazi for respecting the sentiments of India," PM Modi said ahead of the inauguration. 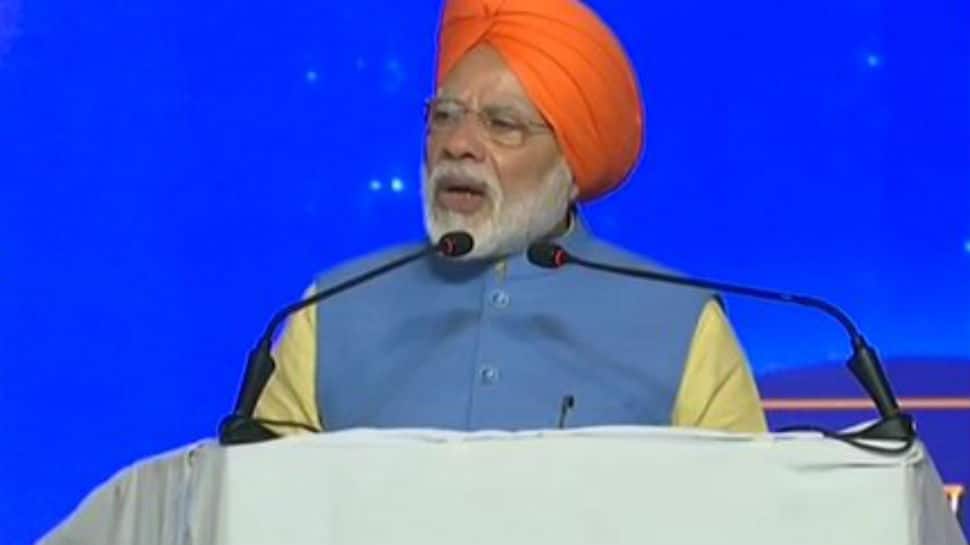 New Delhi: Prime Minister Narendra Modi, who on Saturday inaugurated the Kartarpur Corridor and flagged off the first Jatha of devotees for Kartarpur Sahib Gurudwara in Pakistan's Punjab province, thanked his Pakistani counterpart Imran Khan Niazi for understanding the sentiments of Indians and opening the corridor. "I would like to thank the Prime Minister of Pakistan Imran Khan Niazi for respecting the sentiments of India," PM Modi said ahead of the inauguration at Dera Baba Nanak in Gurdaspur, Punjab.

The Prime Minister also released commemorative coin and stamp on the occasion.

A passenger terminal building, also known as Integrated Check Post, where pilgrims will get clearance to travel through the corridor, was also inaugurated by PM Modi.

Inside the main premises of the Gurudwara, the Prime Minister offered his prayers and was presented with a shawl by the priests.

"Blessed morning at the Shri Gurdwara Ber Sahib in Sultanpur Lodhi," he tweeted.