In a video, al-Zawahiri had told "Mujahideen in Kashmir" to inflict "unrelenting blows" on the Army and state government in a message released by the outfit's media wing, as per the Foundation for Defence of Democracies` (FDD) Long War Journal. 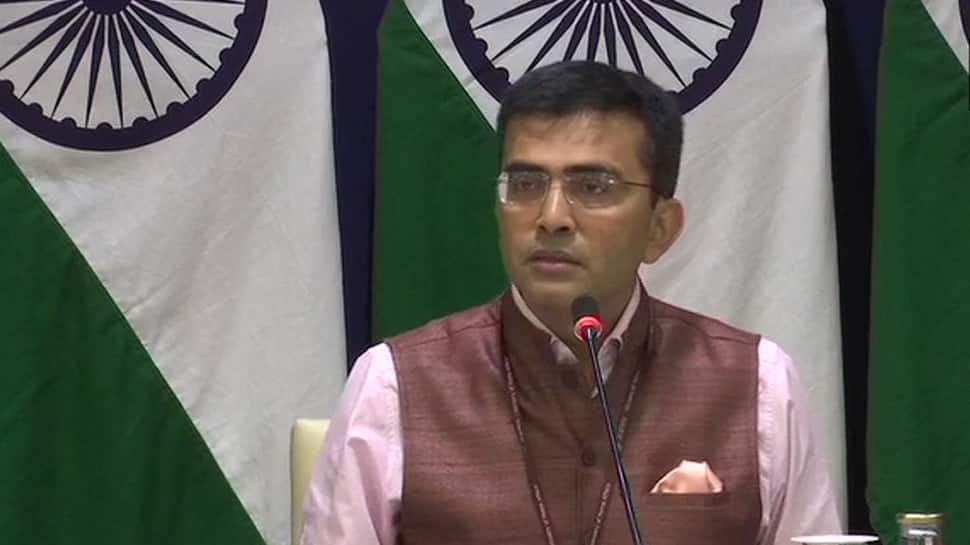 India on Thursday refused to take seriously the threat given by terrorist Ayman al-Zawahiri to the Indian Army and the Jammu and Kashmir government. Ministry of External Affairs (MEA) Spokesperson Raveesh Kumar also said that the security forces are well-equipped and capable of maintaining the territorial integrity and sovereignty of India.

In a video, al-Zawahiri had told "Mujahideen in Kashmir" to inflict "unrelenting blows" on the Army and state government in a message released by the outfit's media wing, as per the Foundation for Defence of Democracies` (FDD) Long War Journal.

Speaking during a media briefing, Kumar said, "We keep on listening to such threats. I don't think that we should take this seriously. I don't want to respond to a threat from any proscribed terrorist organisation. Our security forces are well equipped and capable of maintaining our territorial integrity and sovereignty."

al-Zawahiri also brought to light Pakistan`s involvement in fuelling cross-border terrorism in Kashmir in the message titled "Don`t Forget Kashmir," released by As-Shabab. "(I am) of the view that the Mujahideen in Kashmir- at this stage at least- should single-mindedly focus on inflicting unrelenting blows on the Indian Army and government, so as to bleed the Indian economy and make India suffer sustained losses in manpower and equipment," al-Zawahiri said.

When asked on the tariff issue between India and the US, Kumar said that the focus should be on the bigger picture. The US Trade Representative (USTR) officials have already reached India to mediate talks over the trade disputes.

Kumar reiterated that when Prime Minister Narendra Modi met US President Donald Trump in Osaka, Japan, during the G 20 Summit it was decided that officials from both sides will meet to resolve all outstanding issues related to trade.

"You are aware that the team is already here. It is represented by Assistant USTR for India, Christopher Wilson. We have a matching delegation from our side. The trajectory of the relationship remains positive. When we engage on these issues, we have to keep in mind the bigger picture and within the bigger picture, we have to resolve our issues," said Kumar.

"The delegation from India will include additional secretary level officer from the Ministry of Commerce and members from the Ministry of External Affairs. It is a composite delegation and there will be no separate meetings. Many issues were discussed during PM Modi's meeting with Trump. We have to wait and see and how they are addressed and the result of the talks," added Kumar.

This would be the first engagement between the two sides on trade issues after the meeting PM Modi had with Trump in Osaka. The trade talks between the two countries had slowed down after the US rolled back the privileges that New Delhi was enjoying under their Generalised System of Preferences (GSP) programme since June 5. On its part, India had imposed retaliatory tariffs on 29 US goods, less than two weeks after the Trump administration announced an end to the preferential trade treatment for India.

Speaking on the Kartarpur corridor, the MEA spokesperson said that India is fully committed to the project and want this to be completed soon. He said that the four-lane highway connecting Kartarpur with the National Highway (NH) will be completed within October 2019. Kumar also refuted reports that India was lagging in the construction work and added that the work on the state-of-the-art passenger terminal is underway. "There are some discussions about a bridge as well. We will talk about that when we will meet on July 14," added Kumar.

On the pro-Khalistani group Sikhs for Justice (SFJ), Kumar said, "We have taken up this matter strongly and we continue to do so. They have been outlawed. SFJ is a fringe group who had supported the violent forms of extremism. The vast majority of Sikh people in Canada share a good relation with India and frankly, we take no cognizance about the fringe group. We will continue to make efforts with the Indian community in Canada. These fringe groups have no support in their own community."