Ahead of United Nations General Assembly (UNGA) high-level meeting next week, India's envoy to United Nation Syed Akbaruddin slammed Pakistan has who plans to use the world stage to rake up the Kashmir issue. 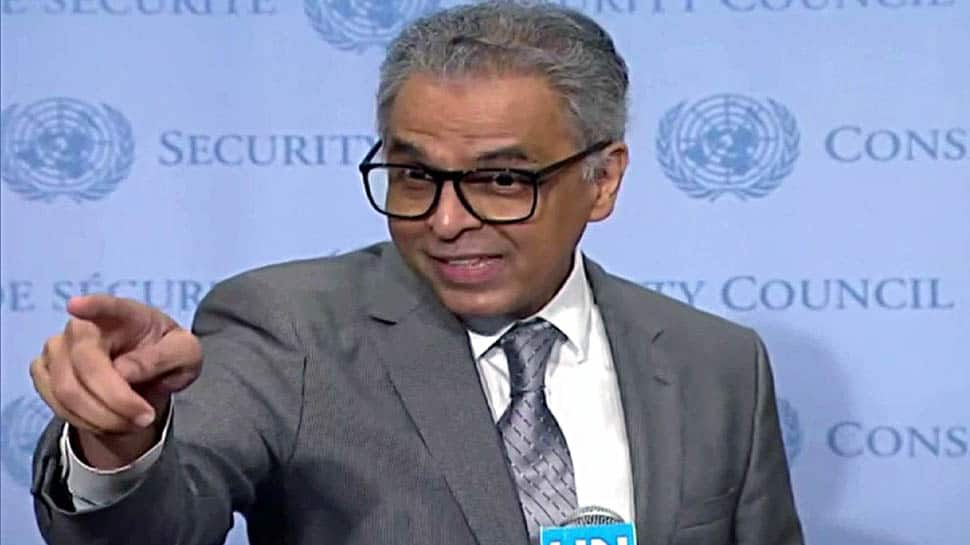 New Delhi: Ahead of United Nations General Assembly (UNGA) high-level meeting next week, India's envoy to United Nation Syed Akbaruddin slammed Pakistan has who plans to use the world stage to rake up the Kashmir issue.

In response to a question at a press conference in United Nations, on how India plans to counter Islamabad's rant on Kashmir, Syed said, "It is for every country to determine its trajectory how it wants to approach global issues. There may be some who stoop low, response to them is we soar high."

Syed asserted, "Poison pens don't work for too long. We are confident that we will soar. We will soar when they stoop low."

Syed's comments come as Pakistan's Prime Minister Imran Khan has made it clear that he will be using his UNGA speech to raise the Kashmir issue, which the Pakistani leadership has been doing for last 70 years.

Syed Akbaruddin also laid out the agenda of Prime Minister Modi when he will arrive for the 74th UN General Assembly session.

PM Modi, External Affairs Minister S Jaishankar and Minister of State for External Affairs V Muraleedharan will be reaching out in substantive bilateral meetings together to 75 plus countries at heads of state/ foreign ministers for at least 30 minutes or more.