IAF conducted around 6,500 sorties with a single aim to inflict significant damage to posts, material and supply dump of Pakistani intruders. 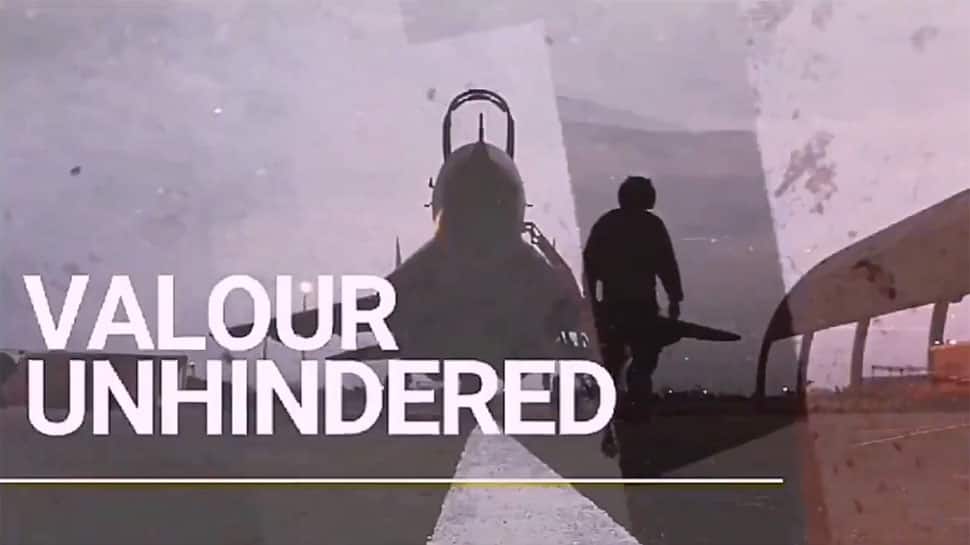 The launch of operation 'Safed Sagar' by Indian Air Force is considered by many as one of the developments that changed the outcome of Kargil war 20 years ago. The audacious decision to use IAF fighter jets to mount precision airstrikes against Pakistani infiltrators, which included troops of Northern Light Infantry and Special Services Group, was taken by the government on May 25, 1999 and the relentless airstrikes began the very next day.

'Operation Safed Sagar' continued for 60 days and it yielded unprecedented rewards in favour of India. IAF fighters and helicopters pounded and surveyed the icy height and helped the Army units in launching audacious attacks to evict the Pakistani soldiers from the mountains.

The going, however, was not easy for IAF pilots as they braved hostile conditions and were forced to fly very close to the border at heights of over 30,000 feet. The IAF was ordered by Prime Minister's Office to not cross the Line of Control (LoC) at any cost.

The IAF also deserves credit for overcoming many operational limitations, including getting ready for a full-scale war at short notice, to help defeat Pakistanis. The relentless airstrikes by IAF's MiGs and Mirage-2000s proved too much for the enemies and they had no clue how to tackle the airstrikes launched by the IAF.

#KargilVijayDiwas : Let's pay homage to the Kargil martyrs & salute the courage, valour & sacrifice of our bravehearts.
Let's remember the supreme sacrifice made by brave soldiers of India, to uphold & safeguard the integrity of the NATION.#20YearsOfKargilVijay #JaiHind pic.twitter.com/Xv5B9bX4cD

Squadron Leader Ajay Ahuja of the No. 17 Squadron of Mig-21s was martyred when his aircraft was shot down by Pakistani troops near the border. Sqn Ldr Ahuja was posthumously awarded the Vir Chakra for gallantry. The martyrdom of Sqn Ldr Ahuja and the capture of Flt Lt K Nachiketa after his aircraft suffered a flame-out, proved disastrous for Pakistan as the international community joined hands with India in condemning Islamabad for launching a hostile attack in Kargil.

IAF lost three officers and two airmen in the war. An Mi-17 helicopter was shot down on May 28, 1999, near Tololing by a Pakistani surface-to-air missile resulting in the martyrdom of four air warriors.

IAF was awarded two Vir Chakras and 23 Vayu Sena Medals for its stellar role in Kargil war. A total of 17 IAF squadrons were pressed into action to carry out photo-reconnaissance and strike missions during the war. The IAF played an important role in engaging ground targets at high altitudes despite the fact that these targets were protected by air defence weapons of Pakistan. The IAF carried out the operation without any exercises or practice runs in this area.

The IAF's target area was limited to just 5-12 km from the LoC, which means that the IAF pilots had to remain extra vigilant while flying in order to not cross the LoC while flying. The IAF fighter jets did not cross the LoC even once but they unleashed their lethal arsenal at the Pakistani intruders with surgical precision.

The IAF's MiG-21s, MiG-23s, MiG-25s, MiG-27s, MiG-29 Fulcrums armed with Beyond Visual Range (BVR) missiles, Jaguars and Mirage-2000s armed with laser-guided bombs were used to break the back of Pakistani intruders. Interestingly, all IAF fighter jets flew at above 30,000 feet height because the range of Pakistani missiles was not more than 28,000 feet. Besides the fighter jets, IAF also used Mi-17 helicopters to support the ground troops.

IAF conducted around 6,500 sorties with a single aim to inflict significant damage to posts, material and supply dump of Pakistani intruders.

The coordination between IAF and Army must be mentioned here as it helped in inflicting heavy damages in less time on Pakistani intruders. Operation Safed Sagar played an important role in reducing casualties on the ground when Indian troops launched the operations to reclaim Dog Hill and Tiger Hill.

The precision of IAF's missions can be gauged from the fact that all supply lines of the enemy were cut off in such a manner that they even failed to such an extent that even the wounded could not be evacuated.

The airstrikes on Pakistan Northern Light Infantry battalion headquarters at Muntho Dhalo and the administrative base in the Batalik sub-sector helped a lot in turning the tide in favour of India as about 100-150 intruders died in these airstrikes. A daylight attack on June 28 on a supply camp at Kukar Thang and Muntho Dhalo broke the morale of intruders.