After nearly three decades, people in Kashmir will soon be able to see Bollywood films on the big screen as Srinagar is all set to come up with a three-storey multiplex which is likely to start by March next year. Most of the cinema halls in Kashmir were closed in the 1990s due to diktats issued by terrorist groups. 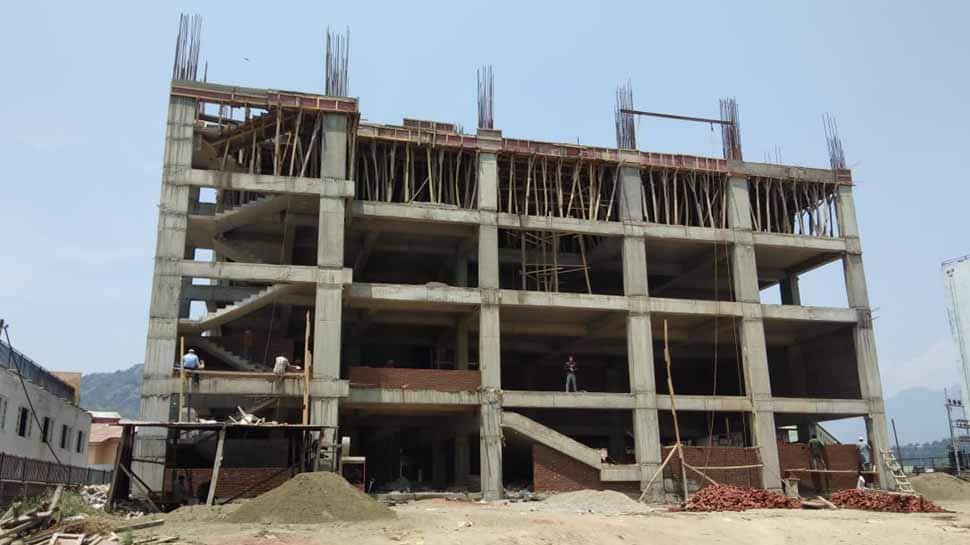 Kashmir: After nearly three decades, people in Kashmir will soon be able to see Bollywood films on the big screen as Srinagar is all set to come up with a three-storey multiplex which is likely to start by March 2021. Most of the cinema halls in Kashmir were closed in the 1990s due to diktats issued by terrorist groups.

With the strength of terrorists getting weaker in Kashmir Valley, the situation is likely to turn happier.

The three-storey multiplex has already received permission to screen films, though, the license will be issued only after completion of the construction work which is expected by March next year.

The multiplex will have three theatres, which is being built adjacent to Srinagar's famous cinema hall of the 90s decade called the Bordaway cinema. This is the first multiplex in Kashmir is being built by M/S Taksal Hospitality Pvt Ltd company in the Badami Bagh cantonment area of Srinagar which is owned by the Dhar family. The Dhar family also runs Delhi Public School branches in Srinagar.

Owner Vijay Dhar, said, "We felt that the youth here have never got anything in the last 30 years. These youth have not got any entertainment. Basically a child or a youth here should have same facility which is available in other places,” he said adding, 'My aim is to entertain."

While the people associated with film making have welcomed the move saying Kashmir needs such facilities.

Kashmiri filmmaker Mushtaq Ali said, "I welcome the move. Kashmir needs this type of facilities, it can bring Bollywood back to Kashmir as most of the Bollywood films are shot in Kashmir, Bollywood has decades-old relation with Kashmir." He added, “I am waiting when it will open and I will be the first to see show. "

In early 90s, as terrorism gained momentum, terrorist organisation threatened the theatre owners to shut all the cinema halls.

The Farooq Abdullah government in 1999 tried to reopen theaters and Regal, Neelam and Broadway were allowed to start filming movies. But there was a terrorists attack during the first show at the Regal Cinema, killing one and injuring 12 others. The theatre was locked once again.

Although Neelam and Bordway theatres continued to run for a few years under strict security, but there was a lack of visitors due to security reasons and eventually they locked up too.

Nowadays, many of the old theatres in Kashmir are either make shift camps for security forces or have been converted into hospitals.

The revival of cinema in Kashmir depends on the success of this new multiplex.

Tags:
Jammu and Kashmirmultiplex in Srinagarsrinagar multiplex
Next
Story