Amid the growing outrage over the shocking death of a pregnant elephant in Kerala, the state forest department said on Thursday (June 4) that it has launched a ‘manhunt’ to arrest those responsible for the death of the 15-year-old wild elephant. 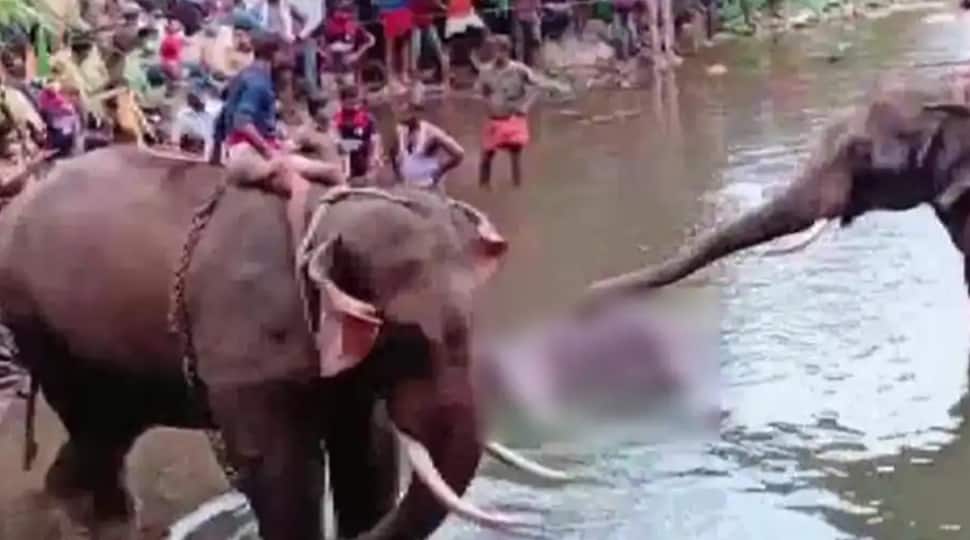 Amid the growing outrage over the shocking death of a pregnant elephant in Kerala, the state forest department said on Thursday (June 4) that it has launched a ‘manhunt’ to arrest those responsible for the death of the 15-year-old wild elephant.

The incident is of Palakkad district where the elephant had entered into a village in search of food, but the villagers fed her a pineapple stuffed with firecrackers. The elephant suffered serious injuries on its tongue and mouth as the crackers exploded and it died after spending three days in pain and agony.

Kerala Chief minister Pinarayi Vijayan said on Wednesday that a preliminary investigation has been launched into the incident which took place in Mannarkad Forest division in Palakkad district and the police has been asked to take strict action against those responsible for the act. An FIR has also been lodged against unidentified people in connection with this matter.

BJP MP and animal rights activist Maneka Gandhi on Wednesday slammed the Kerala government over the shocking incident. She told ANI, "It's murder, Malappuram is famous for such incidents, it's India's most violent district, for instance, they throw poison on roads so that 300-400 birds and dogs die at one time."

The former union minister also questioned the silence of Congress leader and Wayanad MP Rahul Gandhi for remaining silent in this matter.

Ratan Tata, Chairman Emeritus of Tata Sons, also expressed shock over the incident and took to social media to express his grief.

The veteran industrialist tweeted, "I am grieved and shocked to know that a group of people caused the death of an innocent, passive, pregnant elephant by feeding the elephant with a pineapple filled with firecrackers."

The details of the incident were first shared by Forest officer Mohan Krishnan on his Facebook page. The Forest officer, who was moved by the pain of the innocent animal, wrote in Malayalam about the incident on Facebook. He also shared pictures of the elephant in the searing pain.

As per details provided by the forest officer, the pregnant wild elephant came out of the forest, meandering into a nearby village in search of food. As she walked on the streets, locals gave her the cracker-laden pineapple to eat and the fruit exploded in her mouth thus killing her.

Krishnan also shared photos of the elephant, who later walked up to the Velliyar River and stood there. Photos showed her standing in the river with her mouth and trunk in water. The forest officer said she did this to keep away flies and other insects from sitting on her wounds.

Jharkhand Board to declare class 8th result 2020 on June 4; here's how to check online