Flight operations at Cochin International Airport resumed on Sunday noon, after being suspended for two days due to incessant rainfall in the state, leading to massive landslides and severe waterlogging. 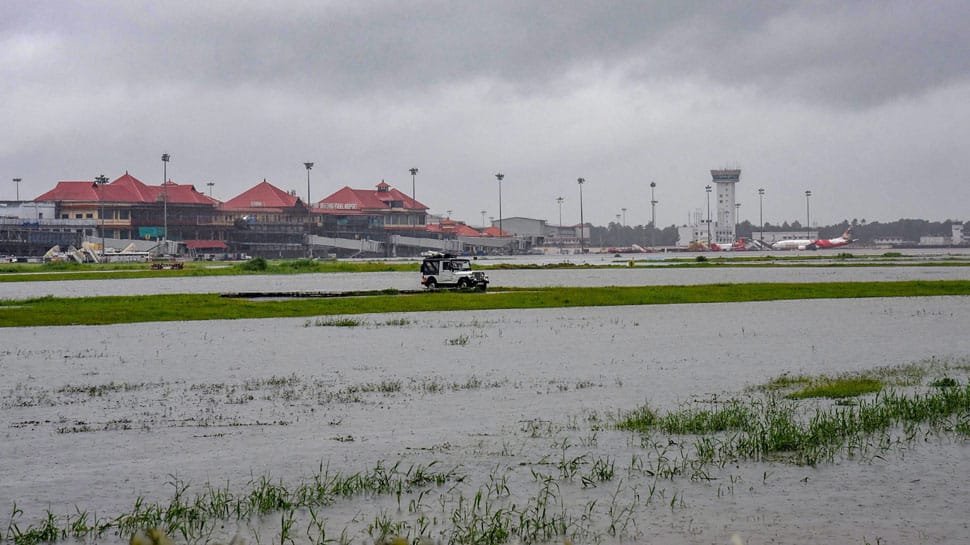 Cochin: Flight operations at Cochin International Airport resumed on Sunday noon, after being suspended for two days due to incessant rainfall in the state, leading to massive landslides and severe waterlogging.

The Abu Dhabi-Kochi Indigo flight touched down at around 12.15 pm, marking the resumption of the operations, the Cochin International Airport Limited (CIAL) said.

The CIAL had suspended flight operations at the airport on Friday till 3 pm on Sunday, as the entire runway and surrounding areas of the airport were submerged underwater.

"Kochi Airport is ready. Flight operations begin at 12 noon tomorrow; that is ahead of the deadline. Airlines are instructed to facilitate services accordingly," read a statement issued by CIAL on Saturday.

Kerala has been witnessing monsoon's fury even as 60 people have reportedly lost their lives in the destruction caused by the floods. The official death toll has been reported to be 57.

Chief Minister Pinarayi Vijayan on Sunday convened a high-level meeting in the conference hall of the CM's office to assess the rain calamity and rescue efforts done by disaster relief teams deployed by the state and central government in the flood-stricken state.

Meanwhile, Congress leader Rahul Gandhi on Sunday reached his constituency-- Wayanad, which is among the worst-affected districts of Kerala.

He would be camping in Wayanad for next few days to visit relief camps across the district and reviewing relief measures with district and state officials.