Dr Arinjay Jain, the owner of the Paras Hospital, refuted the news reports of 22 deaths and said that they are baseless. Jain said that he is ready to cooperate with any investigation. 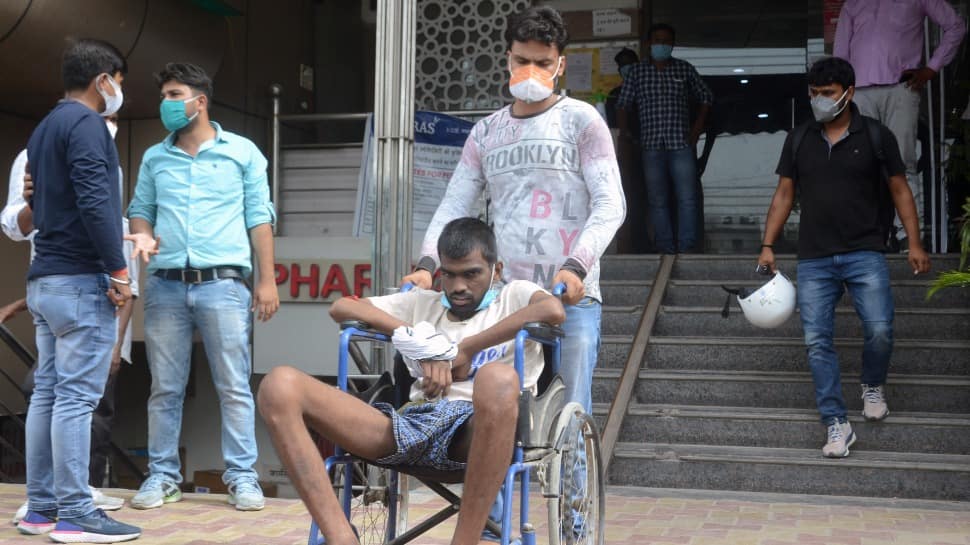 New Delhi: The Shri Paras Hospital in Agra on Tuesday (June 8, 2021) was sealed after a video of its owner went viral in which he is purportedly talking of 'mock drill' that reportedly claimed 22 lives. The Agra administration took the step after the Uttar Pradesh health department initiated a probe into the tragedy.

However, the decision has now increased trouble for the kin of the patients who have been asked to shift to other hospitals.

"Our patient was admitted here 15 days ago and there's no improvement in the condition. We have been asked to sign the patient's discharge document in order to receive the file. We don't know where to take the patient now," Lal Kumar Chouhan, the attendant of a patient at Shri Paras Hospital told ANI.

He added, "Agra is a small city. There are no other options available. Most of the hospitals in the city are full and those which have beds are charging too much. In such a condition, how will our patient get treatment?"

Mohit Chaudhary, the attendant of another patient at the hospital said, "My father underwent surgery on Monday and he is still recovering. In this critical condition, where do I take him? I urge the administration to give us some time."

As of Wednesday morning (June 9), there are reports that every patient has now been shifted to different hospitals.

Earlier when the UP government had ordered a probe into the tragedy, Dr Arinjay Jain, the owner of the Shri Paras Hospital, refuted the news reports of 22 deaths and said that they are baseless. Jain said that he is ready to cooperate with any investigation.

"By mistake or innocence, I mentioned the word 'mock drill' in the video but there was no mock drill as such," Jain said.

"We conducted, call it clinical assessment or mock drill, to check how we can maintain a patient at a minimum level of oxygen in our effort to ensure its rationale use. During this exercise, bedside oxygen adjustment was made," he stated.

Dr Jain claimed that the oxygen supply was not snapped during this exercise.

He said that it enabled them to identify patients who needed high-flow oxygen so that they can make optional arrangements for them in case of acute oxygen shortage.

In the viral video, Jain can be heard talking about the mock drill.

"During an acute shortage of oxygen... the hospital conducted a mock drill. We stopped the oxygen supply for five minutes around 7 am on April 26. Twenty-two patients started gasping for breath and their bodies began turning blue. Then there were remaining 74 patients and we asked their family members to bring their own oxygen cylinders," he said.