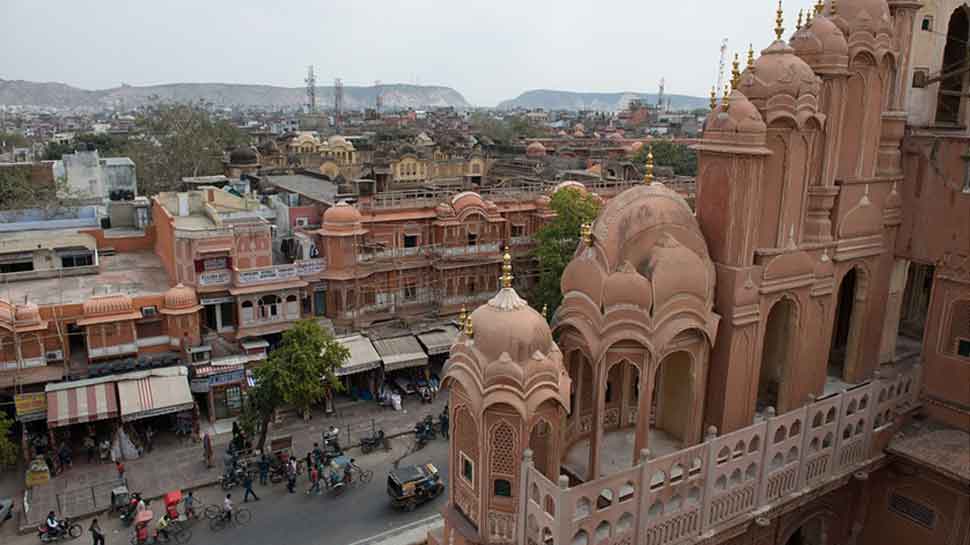 "I would like to congratulate each and every citizen of Rajasthan for the categorization of Jaipur as a world heritage. This is a big achievement not only for the people of Rajasthan but for the entire nation," Singh said.

The citizens of Jaipur are the proud owner of rich cultural heritage and history.

Jaipur was today inscribed a World Heritage site by the UNESCO. It is a big achievement.

I congratulate the people of Jaipur, the state of Rajasthan and the entire nation on this achievement.

"This is a really proud moment for the entire nation, this will promote Rajasthan tourism and attract more tourists to visit Rajasthan," Gehlot said in a press release.

Gehlot started putting in efforts to include Jaipur in World Heritage site since 1989, as told by Jaipur Mayor Vishnu Lata.

Earlier in the day, UNESCO had announced that "Pink City" Jaipur has made it to the list of World Heritage site."Just inscribed as @UNESCO #WorldHeritage Site: Jaipur City in Rajasthan, #India. Bravo," UNESCO announced through its Twitter handle.

"The fortified city of Jaipur, in India`s northwestern state of Rajasthan, was founded in 1727 by Sawai Jai Singh II. Unlike other cities in the region located in hilly terrain, Jaipur was established on the plain and built according to a grid plan interpreted in the light of Vedic architecture. The streets feature continuous collonaded businesses that intersect in the center, creating large public squares called chaupars," a statement on the UNESCO website read.

This comes a day after Union Finance Minister Nirmala Sitharaman announced in the General Budget that the government is planning to develop 17 tourist sites.

The historic city is the capital of Rajasthan and is a popular tourist destination. Some of the famous tourist places in the city include -- Hawa Mahal, Amber Palace, Jantar Mantar amongst others.