The NDA government led by Prime Minister Narendra Modi tabled a fresh bill to ban the practice of instant divorce in the Lok Sabha. 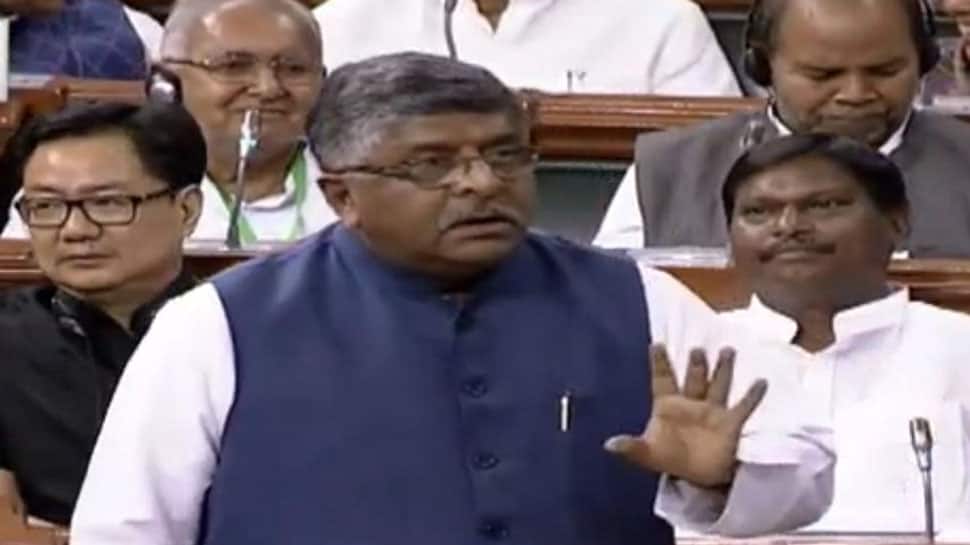 The Triple Talaq Bill was tabled in the Lok Sabha on Friday by Union Law Minister Ravi Shankar Prasad, amid a huge uproar by the opposition parties. A day after President Ram Nath Kovind called for the abolishing the evil traditions of triple talaq, which is prevalent among the Muslim community, the NDA government led by Prime Minister Narendra Modi tabled a fresh bill to ban the practice of instant divorce in the Lok Sabha.

The Muslim Women (Protection of Rights on Marriage) Bill, 2019, which has been listed in the Lok Sabha's agenda for Friday, will replace an ordinance issued in February by the previous BJP-led NDA government. The previous bill, which was pending in the Rajya Sabha, had lapsed with the dissolution of the 16th Lok Sabha last month.

Thanks for joining us on live updates of Parliament. Do come again on Saturday.

Seeking to justify the need to bring in the legislation, Prasad said there were 543 cases of triple talaq reported in the country. After the Supreme Court judgement banning triple talaq practise, Prasad said more than 200 cases were reported. "This is a question of dignity of women and we are committed to (safeguard) it," he said. He said the job of Parliament was to legislate and it was up to courts to interpret the law.

AIMIM chief Asaduddin Owaisi took a dig at the BJP, saying it has so much affection for Muslim women but is opposed to rights of Hindu women to enter Sabrimala Temple in Kerala. The triple talaq bill violates constitutional rights as it stipulates three-year jail term for guilty Muslim men while non-Muslim men get only one year of jail term for a similar offence, he said.

N K Premchandran of the RSP and the JDU also opposed the bill.

A total of 186 votes came in favour of the introduction of the bill whereas 74 votes were against it.

Voting for the introduction of Triple Talaq Bill 2019 in Lok Sabha was held through paper slips as the new MPs have not yet been allotted division number that allows them to vote using polling machine. This is the first bill to be introduced in the 17th Lok Sabha.

Speaking on the bill after it was tabled, Union Minister Ravi Shankar Prasad said, "Rights of Muslim women will be protected. It is about justice and empowerment of women. People have chosen us to make laws. It is our work to make laws. Law is to give justice to the victims of Triple Talaq." He said that the issue is not about a person's religion, but it is about the protection of women.

Congress MP Shashi Tharoor opposes the introduction of Triple Talaq Bill 2019. Tharoor said, "Make a law which universally punishes those who abandon wife and law. Why focus only on one community as the SC has already criminalised the act. Instead of protecting the bill makes the Muslim women vulnerable. The bill is amenable to misuse."

The Triple Talaq Bill has been tabled in the Lok Sabha by Union Law Minister Ravi Shankar Prasad, amidst uproar by the opposition parties.