"Today, the district judge has given a notice to all the parties and the next hearing will be on November 18," said Vishnu Jain, Petitioner. 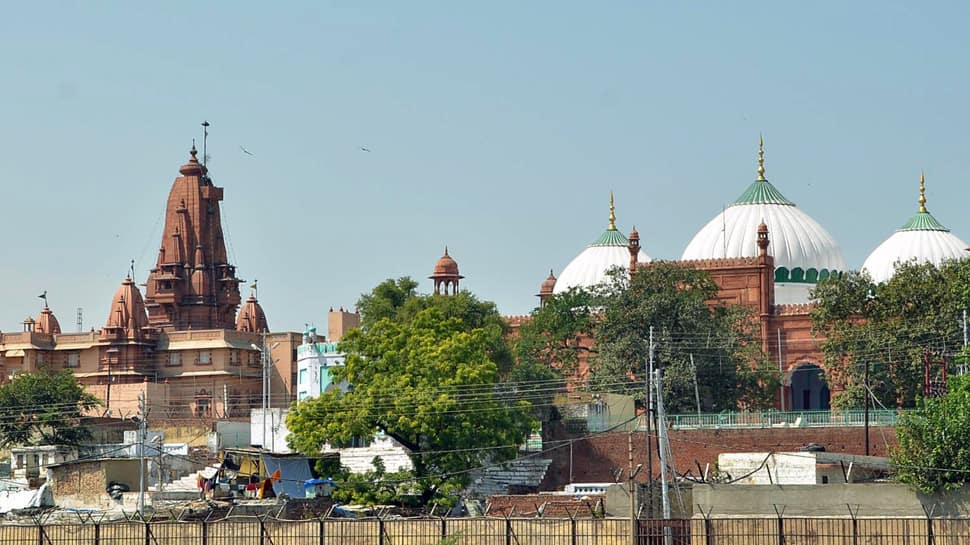 A Mathura court has admitted the plea seeking to remove the mosque, situated adjacent to Krishna Janmabhoomi. "We had approached the civil court in Mathura for this case before the civil senior division. The entire land of 13.37-acre land belongs to Lord Krishna Virajman. Today, the district judge has given a notice to all the parties and the next hearing will be on November 18," said Vishnu Jain, Petitioner.

On September 30, a Mathura civil court had refused to admit a suit to remove an Idgah "built on Krishna Janmabhoomi".The court of the civil judge had dismissed the suit, filed by advocate Vishnu Jain, citing a bar under the Places of Worship (Special Provisions) Act, 1991.

The Act had only exempted the litigation on the ownership of the disputed Ram Janmabhoomi-Babri Masjid land in Ayodhya but barred the courts from entertaining litigation that would alter the status quo of a religious place as existed on August 15, 1947.

The suit blamed Mughal ruler Aurangzeb for demolishing a Krishna temple, built at the "birthplace of Lord Shree Krishna at Katra Keshav Dev, Mathura, in the year 1669-70 AD" and raising the "Idgah Mosque" in its place.

The suit sought the removal of encroachment and the superstructure, now maintained by the Committee of Management of Trust Masjid Idgah with the consent of the Sunni central board. The suit was filed against the UP Sunni Central Waqf Board and the Committee of Management Trust Masjid Idgah as it granted approval to the later to enter into an "illegal" compromise with Shree Krishna Janmasthan Seva Sangh on October 12, 1968.

It was illegal and void for the reason that the society had no right over the property involved in Civil Suit No. 43 of 1967, decided by Civil Judge, Mathura, it said, adding that the 1968 deed was not binding.

The Places of Worship (Special Provisions) Act declares that the religious character of a place of worship shall continue to be the same as it was on August 15, 1947. The Act also declared that all suits, appeals, or any other proceedings regarding converting the character of a place of worship, which were pending before any court or authority on August 15, 1947, would abate as soon as the law came into force.