A MiG-21 trainer aircraft of the Indian Air Force (IAF) crashed on Wednesday morning in Gwalior, Madhya Pradesh. Both the pilots managed to eject safely. 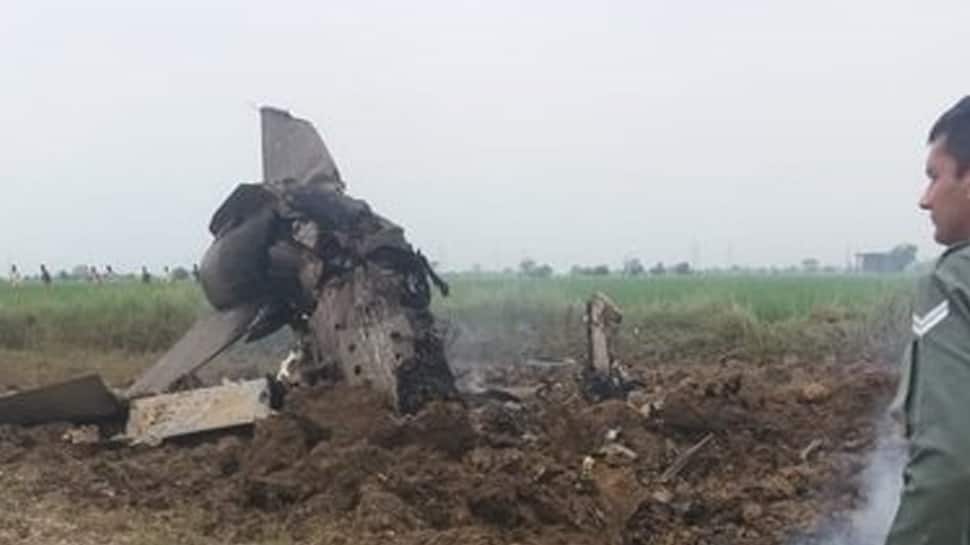 A MiG-21 Type 69 trainer aircraft of the Indian Air Force (IAF) crashed on Wednesday morning in Gwalior, Madhya Pradesh. Both the pilots,  a Group Captain and a Squadron Leader, managed to eject safely.

A Court of Inquiry has been ordered by the IAF into the crash which took place during a routine training mission. The MiG-21 had taken off from the Maharajpur Air Force Station in Gwalior and crashed at around 10 am. The crashed MiG-21 was a part of the IAF Tactics and Air Combat Development Establishment (TACDE) school, also known as the Top Gun school of the force.

Almost three weeks ago on September 2, the Indian Air Force (IAF) Air Chief Marshal BS Dhanoa along with Wing Commander Abhinandan Varthaman had flown another MiG-21 Type 69 trainer in Pathankot, Punjab. This sortie was the last one by ACM Dhanoa before his retirement on September 30, 2019.

The force has lost at least 10 aircraft in 2019 till September 25. While an IAF Jaguar had crashed on January 28, just a few days later on  February 1, a Mirage 2000 came down in Bengaluru in which both the pilots lost their lives and on February 12 a MiG-27 crashed in Pokhran.

Just before the 2019 Aero India show in Bengaluru, two IAF Hawk jets collided midair in which one pilot was killed and two others injured.

The IAF lost two aircraft on February 27, a day after carrying out airstrikes on Jaish-e-Mohammad terror camps in Balakot deep inside Pakistan. While a MiG-21 Bison pilot by Wing Commander Abhinandan Varthaman was brought down by the Pakistani forces after he had shot down a PAF F-16, an IAF Mi-17V5 helicopter crashed at Jammu and Kashmir's Budgam soon after taking off. All the six IAF soldiers on board were killed in the tragedy along with a civilian.

Another Mig-21 Bison was lost after crashing near Bikaner on March 8 while on March 31 a MiG-27 UPG was lost in Sirohi.

In one of the biggest tragedy of the IAF,  an Antonov An-32 crashed near Pari Hills in Arunachal Pradesh resulting in the death of all 13 soldiers onboard. Their bodies could be retrieved only after several days due to bad weather and mountainous terrain. An IAF Sukhoi Su-30MKI crashed on August 31.