Allahabad High Court had ordered a CBI enquiry into the case on the demand of Krishnanand Rai's wife Alka Rai. 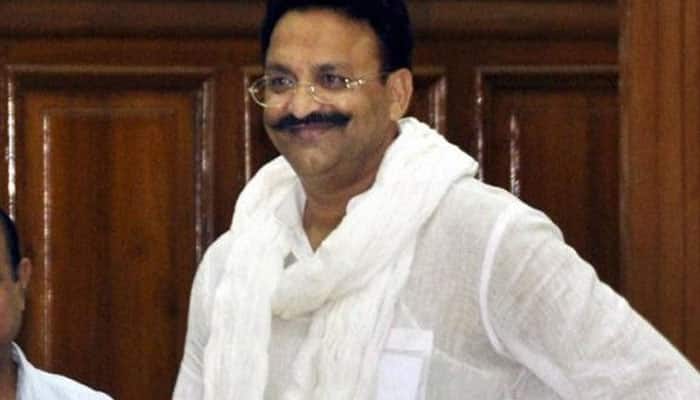 DELHI: A CBI Special Court in Delhi on Wednesday acquitted all accused, including ex-MLA Mukhtar Ansari, in connection with the murder of BJP MLA Krishnanand Rai. Ansari's brother Afzal Ansari, who was also an accused, has also been acquitted in the case. Afzal is currently an MP from Ghazipur.

The other accused in this case were Sanjeev Maheshwari, Aijazul Haque, Rakesh Pandey, Ramu Mallah and Munna Bajrangi. It is to be noted that Munna Bajrangi was killed inside Baghpat Jail in 2018.

Krishnanand Rai, along with six supporters, was shot dead in Bhanwarkol area in Ghazipur district of Uttar Pradesh on November 29, 2005. Rai, who was sitting MLA from Mohammadabad, was murdered by a group of assailants armed with A- 47 rifles when he was returning home after inaugurating a cricket match in Ghazipur. Allahabad High Court had ordered a CBI enquiry into the case on the demand of Rai's wife Alka Rai.

Ansari, a four-time MLA from Mau Sadar, is languishing behind bars since 2005. He has more than 40 criminal cases against him, including murder and kidnapping. Ansari first became the MLA in 1996 when he fought on a BSP ticket but he was expelled from BSP in 2010 for criminal activities. Ansari, however, floated his own party Quami Ekta Dal and won from the Mau seat in 2012 assembly elections. In 2017, Ansari merged his party with the BSP and won from Mau as a BSP candidate in 2017 assembly elections.

Mukhtar Ansari belongs to a very well-known political family in Uttar Pradesh. His grandfather Dr Mukhtar Ahmed Ansari was once the national president of the Congress. The Ansaris are believed to have considerable influence in about 20 assembly constituencies in Ghazipur, Mau, Azamgarh, Ballia,and Varanasi.