The woman in the video stood next to an open manhole on a water-logged street for almost 5 hours to alert passing commuters. 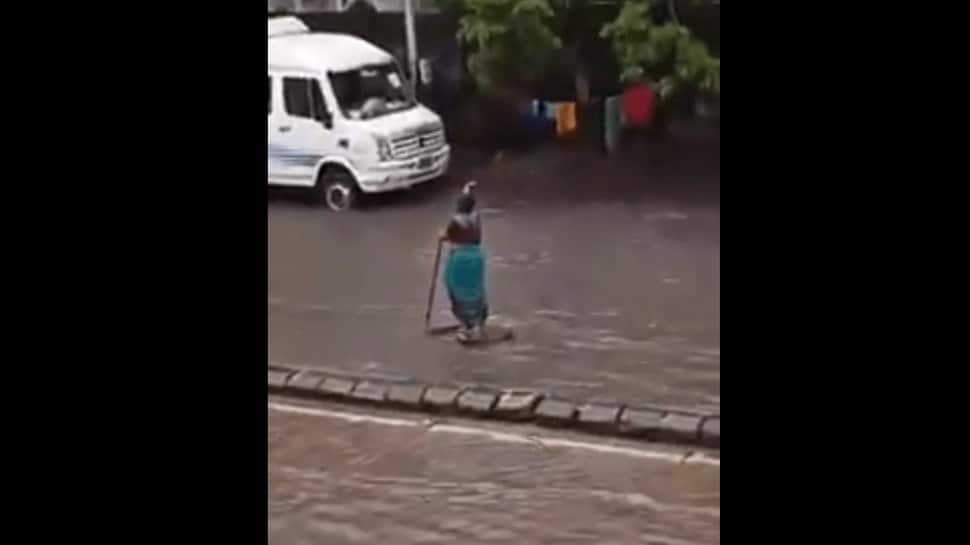 MUMBAI: Mumbai is grappling with its annual monsoon mayhem, which has resulted in heavy floods, water-logged streets and widespread ravages in several parts of the city.

Several trains have been cancelled and rescheduled as heavy rains accompanied with strong wind continue to lash the entire city resulting in extreme waterlogging and floods, especially in Suburbs. Devastating videos of trees uprooted, submerged vehicles on street, water entering hospitals and residences have emerged on the internet.

Amid the havoc that the downpour has brought in the city, a video, expected to have been shot in West Mumbai, has emerged on social media. The clip that features a woman, shows her warning drivers about an open manhole on the street while she stands in the water-logged road.

As per reports, the lady stood on the street for almost 5 hours warning people about the open manhole.

"This lady apparently stood in the rain for five hours & warned commuters about an open manhole. How often have you encountered such selfless acts of kindness?" read the caption.

Watch the viral video below:

This lady apparently stood in the rain for five hours & warned commuters about an open manhole.

How often have you encountered such selfless acts of kindness? pic.twitter.com/ZNTPhcAxQy

The video did not take much time to go viral. It has been widely shared and liked and has gone on to receive hundreds of accolades from the social media users. The woman's kind gesture seems to have won the hearts of netizens.

Bollywood Breaking 20-20: Deepika is being questioned for 5 hours in NCB guest house