Uddhav Thackeray-led MVA is most corrupt govt ever in history of Maharashtra: BJP leader Devendra Fadnavis

"There is only one agenda of this government, which is extortion," the former Maharashtra Chief Minister alleged. 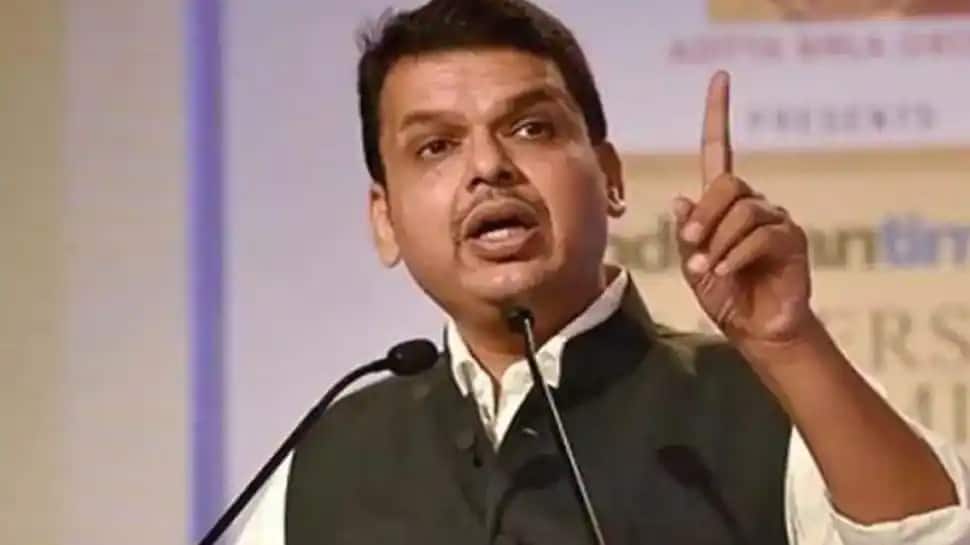 New Delhi: Bharatiya Janata Party (BJP) leader Devendra Fadnavis on Saturday (October 16, 2021) slammed the Maha Vikas Aghadi (MVA) government in Maharashtra and said that it was the most corrupt government in the history of the state. The former Maharashtra Chief Minister also alleged that some ministers of the Shiv Sena-led MVA government even have software for 'Vasuli' (extortion).

In a series of videos on Twitter, Fadnavis claimed that the MVA government came to power by indulging in dishonesty and stated that the BJP is the number one party in the state. This is to be noted that the Maha Vikas Aghadi government is a coalition of Shiv Sena, Nationalist Congress Party and Congress that was formed after the 2019 Maharashtra Assembly elections.

"Thackeray's speech reflected his frustration. You may try to defame the BJP, but the party is firmly grounded...You should remember that the BJP is the number one party in the state," Fadnavis said.

"You are saying that the people rejected the BJP, but in fact, they rejected the NCP-Congress and promoted you (Shiv Sena). Out of the seats that we fought together (in the 2019 Assembly polls), the BJP had won nearly 70 per cent seats and the Shiv Sena had won 45 per cent seats. Hence, you indulged in dishonesty with the people's vote and came to power," he added.

Yesterday's CM Uddhav ji’s Dusshera speech was a pure exhibition of frustration!
We will not allow them to bring to Maharashtra, the Bengal pattern of killings & atrocities, nor we will let them change the constitution given by Dr Babasaheb Ambedkar.https://t.co/dz75Io1gah pic.twitter.com/rgjrbgBotq

"This is a government formed through dishonesty and I feel that respected Uddhavji should now accept that he had ambitions of becoming a chief minister which he fulfilled. In politics, having ambitions is not wrong. But if you wanted to keep the word, you could have made senior Sena leaders Diwakar Raote, Subhash Desai or Eknath Shinde a CM," Fadnavis stated.

Over Thackeray's allegation that central agencies like ED and CBI were being misused, Fadnavis claimed, "These agencies were working on the orders of the high court and the reason for that is the government headed by you is the most corrupt in the history of Maharashtra."

Fadnavis further said the Income Tax Department's raids have revealed that there was rampant corruption in the state.

"The prime minister never interferes in the work of these agencies and never uses it for political gains," he added.

On Thackeray's statement about the NCB's raids, Fadnavis said he should decide on whose side he was - whether on the side of drugs suppliers and consumers or on the side of those acting against the drug peddlers.