"I am asking in how many parts of the country and across the world, have there been floods? Is water in some parts of Patna the only problem we have? What happened in America? "What about Mumbai?" Nitish Kumar said. 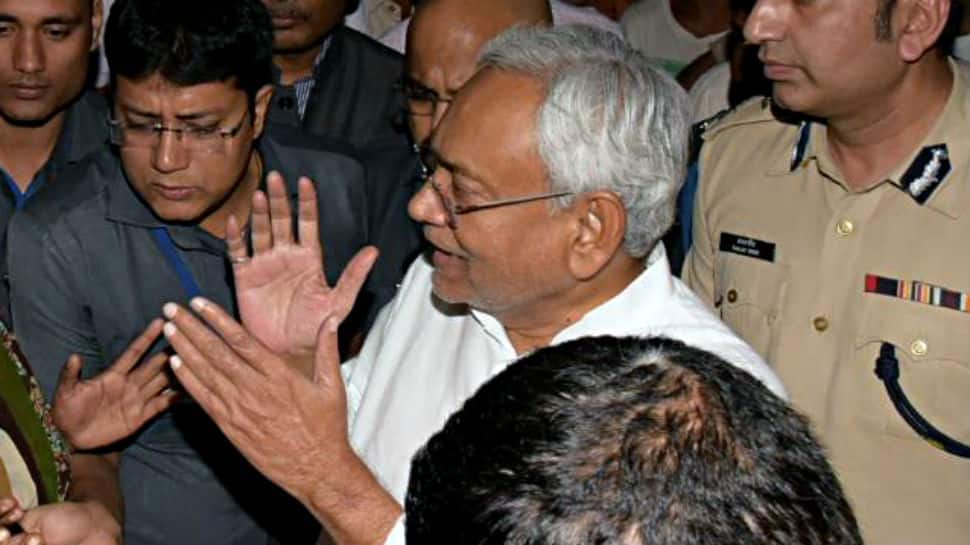 New Delhi: Bihar Chief Minister Nitish Kumar, who on Tuesday visited the flood-affected areas in Patna, lashed out at journalists when questioned about the current situation of his state.

"I am asking in how many parts of the country and across the world, have there been floods? Is water in some parts of Patna the only problem we have? What happened in America? "What about Mumbai?" Nitish said.

While addressing the media, he also said that all "arrangements are being made to carry out relief and rescue work and one should not know without knowing the ABC of it."

At least 42 people have died and nine others have been injured due to rain-related incidents in Bihar. Floods due to heavy rains across the state have battered lives and Patna is worst-hit. Several parts of the city have submerged in water after three days of continous rains.

"Arrangements are being made to remove water from Rajendra Nagar. Large scale water will come out, help is being given as much as possible. All departments were alerted on the day it rained. Pumps have been ordered from outside. Work is also being done for proper drainage," Nitish further said.

He called the floods a natural calamity and added, "This is happening due to climate change. Sometimes it is very dry, sometimes there is too much rain. We are going to launch water-life-greenery program on a large scale."

On Monday, Bihar Deputy Chief Minister Sushil Modi and his family were bailed out by National and State Disaster Response Forces (NDRF) as they were stranded after flood-water burst into their house in Rajendra Nagar.

Five NDRF teams have been deployed in Rajendra Nagar and Kankarbagh areas of Patna to assist people facing difficulties while Indian Air Force (IAF) helicopters are dropping relief material to the flood-affected areas of the state.