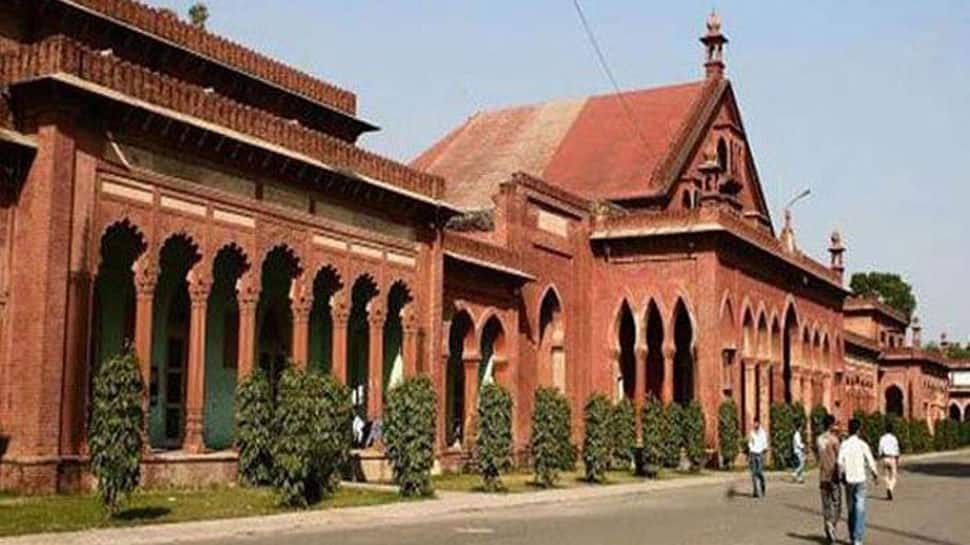 "We’d again like to make it very clear that the students of Aligarh Muslim University are in no way defending Mohammad Ali Jinnah or his portrait," AMUSU president Maskoor Ahmad Usmani said.

In their letter to Kovind, the students alleged that no satisfactory action has been taken by the Uttar Pradesh government yet. They also said that the Aligarh district administration was yet to act against those who trespassed into the campus and indulged in acts of violence on May 2.

AMUSU leaders warned they would intensify their stir and start a relay hunger strike if their demands are not met. They are also demanding action against the police officers responsible for lathicharge on students on May 2.

AMUSU leaders, including Usmani, sought an appointment with Kovind over the issue. Last week, the varsity examinations were also deferred due to the issue.

"We have high regard for the president and we hope his prompt intervention will ensure justice and fair play on this critical issue which we are presently facing," Usmani said.

"We are now eagerly awaiting the response to our letters which were sent three days back," he said.

Students of the university have been agitating for nearly two weeks, demanding action against the right-wing protesters, who entered the campus and demanded the removal of Jinnah's portrait from the student union's office. The row started after local BJP MP Satish Gautam wrote to AMU, raising objections to the portrait.

Here's the full text of the letter:

As you’d be well aware of the recent developments in Aligarh, primarily in Aligarh Muslim University of how we have been protesting since 2nd of May at the varsity’s main gate Bab-eSyed. It is the tenth day of our protest and we’d like to convey you that former Vice President Janab Hamid Ansari Sahab has written a letter to us in which he has raised some serious questions on the disruption of the event he was supposed to speak in, the precise timing of the disruption and the excuses manufactured for justifying it.

All these questions that are put up by the former Vice President only prove our claim that there was a breach in his security and that right-wing groups namely Hindu Jagaran Manch, Hindu Yuva Vahini, and Akhil Bhartiya Vidyarthi Parishad tried to attack him (Mr. Ansari) on 2nd of May. We have been saying this since the day of the incident but unfortunately, so our claim was either repeatedly denied by certain media organizations or was completely overlooked.

The issue of Jinnah’s portrait was a hoax manufactured by some in media who had vested interests along with the ruling party in the center. We’d again like to make it very clear that the students of Aligarh Muslim University are in no way defending Mohammad Ali Jinnah or his portrait. It must be clear to everybody that AMU being a central university of national importance is not run by right-wing organizations like ABVP or Hindu Yuva Vahini. If the portrait has to be removed, it must be removed by the directions of the government of India, and the government must formulate a policy for removal of all such portraits, statues, and symbols. Until any such direction by the government, the portrait shall remain untouched. What has to be done with the portrait is upon the government and university administration to decide and not by the goons who tried to attack our former Vice President Hamid Ansari.

That being said, we’d like to draw your attention towards the ongoing protest on the university campus. The students are still protesting against the right-wing groups who tried to attack former Vice President Hamid Ansari, and also against the district administration of Aligarh who brutally attacked the students of AMU for registering their protest peacefully. We’re also enclosing the letter sent by Janab Dr. Hamid Ansari Sahab. Dear friends in Media,

What's the hue and cry about? Anyone can be India's PM: Shatrughan Sinha