The span of Chidambaram stay is till September 19, which means he will have to spend his 74th birthday (September 16) inside the jail. 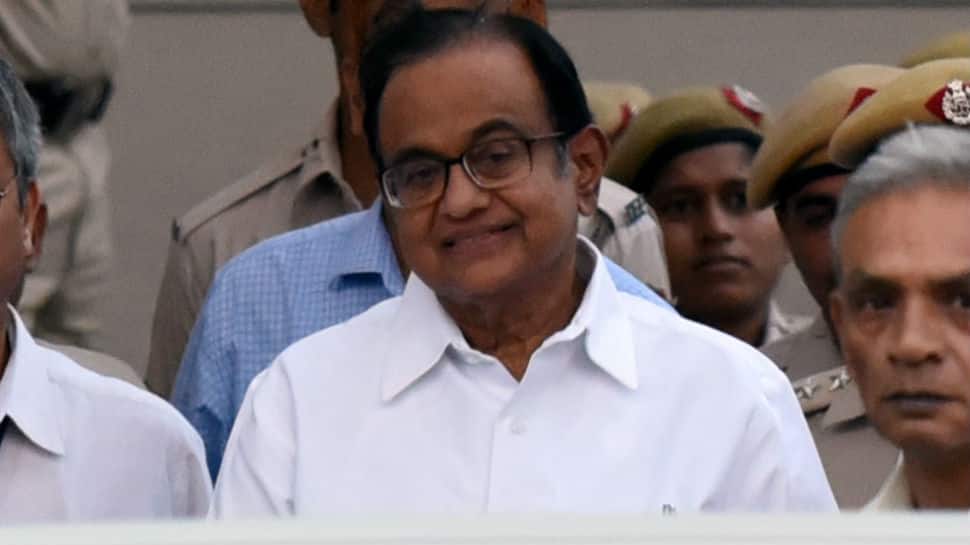 New Delhi: Former Finance Minister and senior Congress leader P Chidambaram was on Thursday sent to Delhi's Tihar Jail after the court sent him to 14-day judicial custody in the INX Media case.

Sources told Zee Media that it was not easy for Chidambaram to adjust to the stifling barracks at Tihar on the first night on Thursday. The Congress leader reportedly didn't get much sleep and was constantly in a restless state though he was given a bed-sheet and a pillow for sleeping.

The court had allowed him to take medicines along with him. At night he had the medicines and had to sleep on the floor like regular jail inmates.

Jail number 7 houses two types of cell –one where a single person stays and other where 3 inmates stay.

On Friday morning, Chidambaram was given tea and biscuits. For lunch he will be served chapatis, vegetables, dal and rice. Lunch timings are at 11.30 am. Between 12.30 and 3.30 he will be lodged inside the cell. After 3:30 he can come outside and avail the library services or play with other inmates. He will be served dinner at 6:45 while TV services are allowed till 9pm after which he will again be sent back to his cell.

The span of Chidambaram stay is till September 19, which means he will have to spend his 74th birthday (September 16) inside the jail. During his stay at Tihar, a maximum of 10 people can meet him twice a week between 8 am and 1.30 pm.