Padmavati row: Subramanian Swamy hits back at Deepika Padukone over 'we have regressed' remark

'Padmavati' marks the third film that Deepika Padukone has worked in under Sanjay Leela Bhansali`s direction. 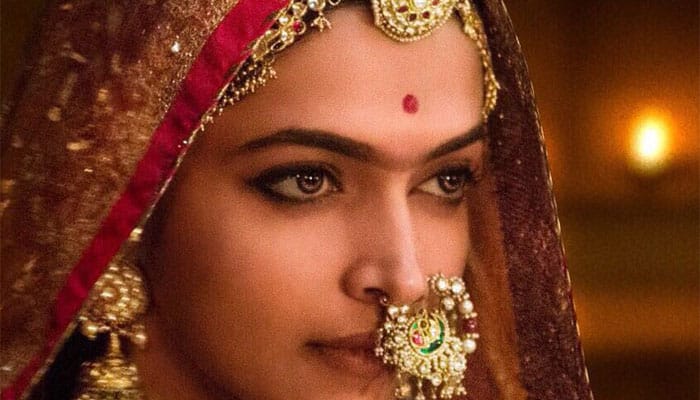 New Delhi: BJP leader Subramanian Swam slammed actor Deepika Padukone on Tuesday for her comments regarding the hullabaloo around 'Padmavati'.

"It`s appalling, it`s absolutely appalling. What have we gotten ourselves into? And where have we reached as a nation? We have regressed," she had said, commenting on the spiralling controversy around the epic drama.

Reacting to Deepika's comments, Swamy tweeted - "Cine actress Deepika Padukone giving us lecture on regression. Nation can progress only when it is regression from her perspective."

Cine actress Deepika Padukone giving us lecture on regression!! Nation can progress only when it is regression from her perspective.

Doubts on the extent to which the National Award-winning filmmaker Sanjay Leela Bhansali has fictionalised the story has led to a row with politicians, organisations and individuals raising a finger at him for 'distorting history' and demanding that the release of 'Padmavati' be stalled.

However, Deepika is convinced the movie will release, as scheduled, on December 1.

As a woman, I feel proud to be a part of this film and to tell this story, which needs to be told. And it needs to be told now," Deepika, who plays the title role in Bhansali`s professed tribute to the sacrifice, valour and honour of Rajput queen told IANS.

"The only people we are answerable to is the censor board, and I know and I believe that nothing can stop the release of this film," she said, adding that the film industry`s support symbolises how "this is not about `Padmavati`. We`re fighting a much bigger battle."

"They are very independent individuals and very strong characters," Deepika added, pointing out that in 'Padmavati', while there are two men - Shahid Kapoor and Ranveer Singh - she essays the title role, which "does not happen often in a woman`s career".

"I celebrate that," she said.

'Padmavati' marks the third film that Deepika has worked in under Bhansali`s direction after 'Goliyon ki Raasleela Ram-Leela' and 'Bajirao Mastani'.

Time to jointly address the threat of terrorism: PM Modi to ASEAN leaders