Pakistan is hell and India is heaven for minorities: Mukhtar Abbas Naqvi

Mukhtar Abbas Naqvi on Monday lashed out at Pakistan, saying the neighbour should not bother about the condition of minority community in India. 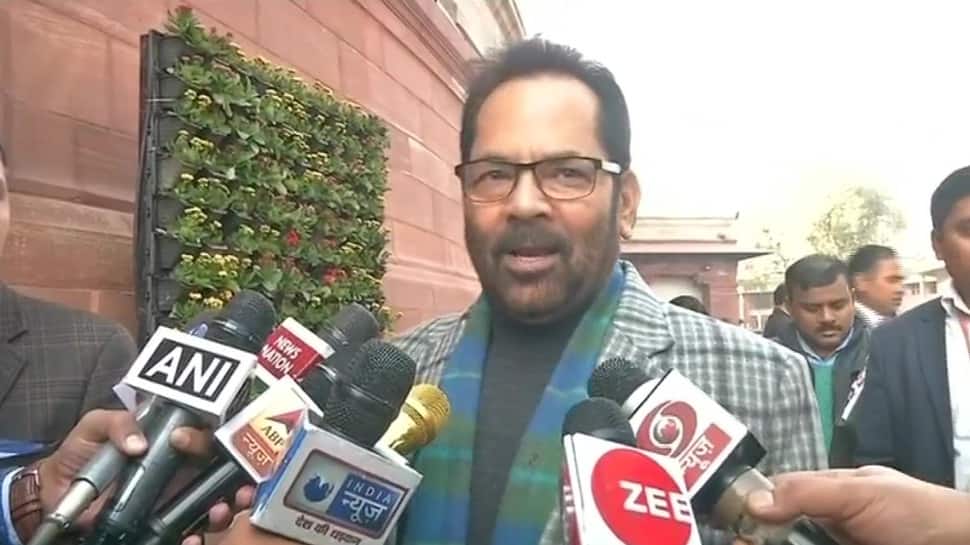 The minister said that while Pakistan was a hell for minority community members, it was a heaven for those residing in India.

“Minorities do not have social, religious and human rights in Pakistan. In India, all minority community members are safe,” said the Union Minister.

Referring to controversy over the Assam National Register of Citizens (NRC), Naqvi clarified that the same was just a process and not a judgement, adding that “no one should panic over the development”.

Naqvi also used the opportunity to hit out at the Congress party and its leadership, saying they have gone so “brainless” that the opposition party does not even have the strength to think about what is favourable for the country.

The Congress appears to be speaking in sync with the traitors, he said. The minister also took a veiled dig at former Congress president Rahul Gandhi, whose statement was recently quoted by Pakistan in its letter to the United Nations on the issue of abrogation of Article 370, saying, “Several leaders of Congress are speaking in tones similar to that of Pakistan.”

He also dismissed the attack by Congress leaders, including Priyanka Gandhi Vadra and former prime minister Manmohan Singh, over the prevailing economic situation in the county. “The family that decimated the economy, those who indulged in scams, they do not need to bother about the situation,” said Naqvi, adding that “the country is in safe hands”.