Pakistan no way a friend of Jammu and Kashmir, it brought death and destruction on people: DGP Dilbag Singh

The DGP said that the proxy war thrust upon India from Pakistan has not come to an end and the police along with other security forces are continuously fighting it and will continue to fight for the security and integrity of our nation. 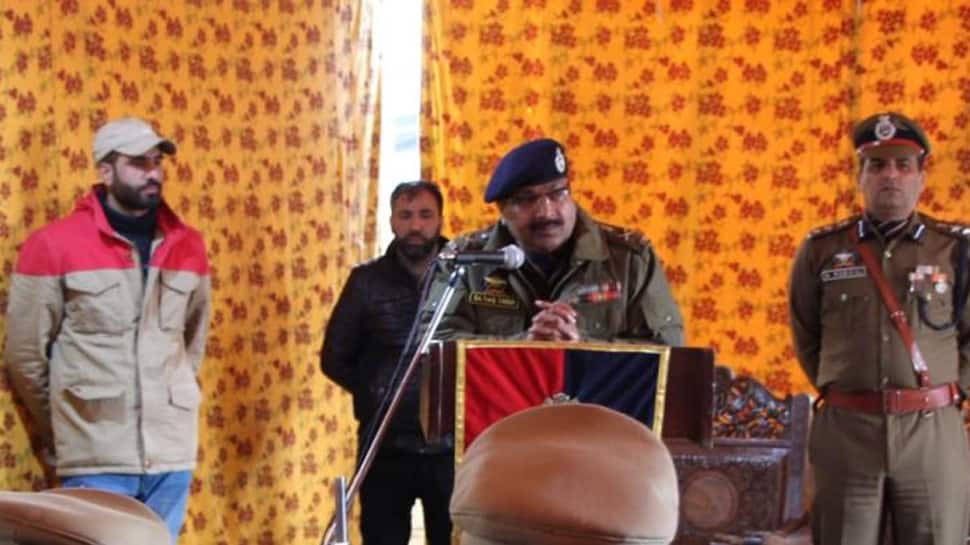 The DGP said that the proxy war thrust upon India from Pakistan has not come to an end and the police along with other security forces are continuously fighting it and will continue to fight for the security and integrity of our nation. He said that during the previous years particularly in 2010 and 2016 J&K Police faced a tough situation on law and order front.

This time around the force has worked with extreme professionalism in maintaining the law and order in Jammu and Kashmir, the DGP added. He stressed that the subversion and terrorism are to be uprooted so that the general mass can live in a peaceful atmosphere "which is our priority".

While addressing the Darbars, the DGP complimented the officers and Jawans of Police, Army and CAPF for their tireless efforts and dedication in maintaining peace and order in their respective areas. He said that since the last 30 years there were a lot of ups and downs in the security situation but the police personnel along with other security agencies have taken up these challenges bravely and dealt with them firmly.

The DGP said that under the able leadership at different levels from the forces, each one contributed in one way or the other in maintaining normalcy and defeated the ill designs of the anti-national elements. Without caring for their own comfort and celebration of festivals with their families, the Police personnel have remained on the forefront of maintaining peace and public order.

The DGP said that the good work done by the J&K Police and the other forces is being recognised at every forum including the Centre. The DGP impressed upon the officers to take the drive against drugs as a mission till the menace is completely uprooted from the society. He said that the police is strengthening its bonds with the people who are supporting the force in the fight against the drugs.

Congress demands restoration of SPG cover to senior party leaders; no politics behind it, says Centre