National Security Advisor (NSA) Ajit Doval on Wednesday (February 26) visited some riot-hit areas in North East Delhi and said that the situation "is under control and people are satisfied." 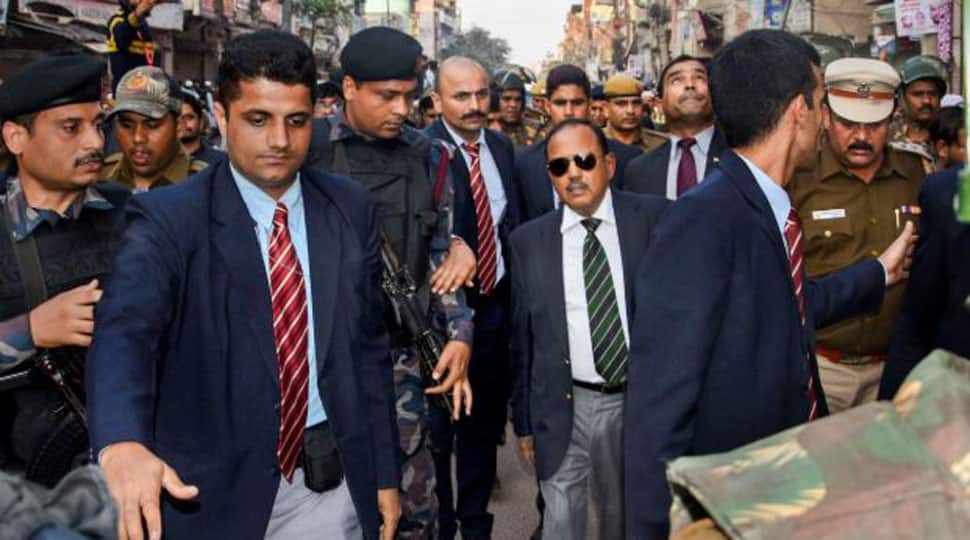 National Security Advisor (NSA) Ajit Doval on Wednesday (February 26) visited some riot-hit areas in North East Delhi and said that the situation "is under control and people are satisfied." The NSA appealed to the people to have confidence in law enforcement agencies and remarked that police is on high alert and is doing its job.

During his visit to one of the affected areas, NSA Doval promised a young girl that normalcy will soon return in the area. "I give you my word, everything will be fine," he said.

The girl, who appeared very afraid, told NSA Doval that she had been finding it dangerous to step out of her home to attend her classes and that the situation was "uncomfortable".

"My message is that everyone who loves their country also loves their society and their neighbour. Everyone should live with love and harmony with others. People should try to resolve each other's problems and not increase them," Doval said.

At least 24 people have been killed and more than 200 injured in communal violence that broke out in several areas of North East Delhi on Sunday. Jaffrabad, Maujpur, Babarpur, Yamuna Vihar, Bhajanpura, Chand Bagh, Shiv Vihar are among the areas mainly affected by the riots.

"People have a sense of unity among them, there is no enmity. A few criminals do things like this (spread violence) and people are trying to isolate them. Police is here and doing its work. We're here as per the orders of Home Minister Amit Shah and Prime Minister Narendra Modi," he said. "Inshallah yahan par bilkul aman hoga (if Allah wills, there will be total peace here)."