PM Modi's meeting with US President Donald Trump grabbed many eyeballs during the G20 Summit. 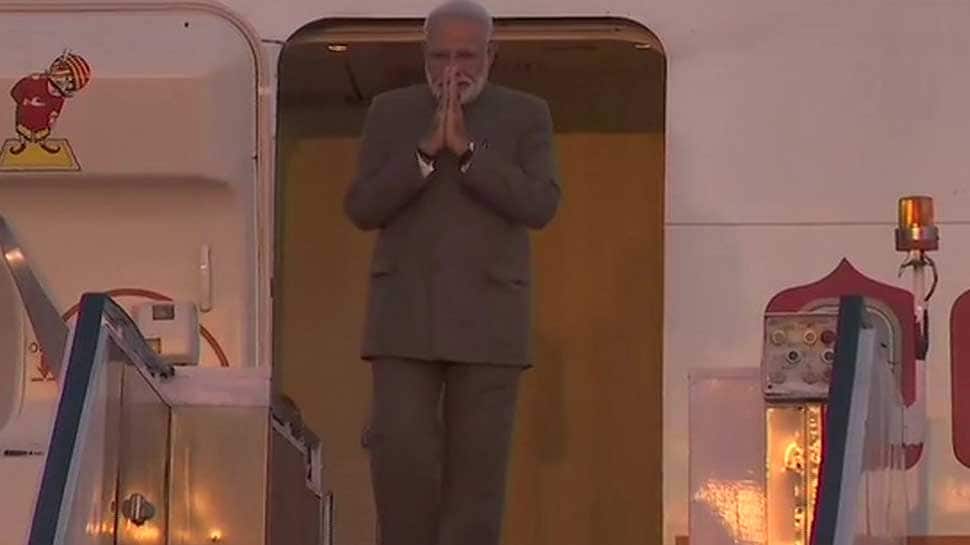 OSAKA: Prime Minister Narendra Modi arrived home late on Saturday after concluding his visit to Japan where he participated in 14th G-20 Summit in Osaka and held a string of bilateral engagements with various leaders on the sidelines of the event.

PM Modi was received by top government officials upon his arrival at the airport here.

More than 20 engagements in three days!

However, his meeting with US President Donald Trump grabbed many eyeballs during the G20 Summit.

In the first meeting held after PM Modi`s re-election, the two leaders agreed to take measures to resolve issues pertaining to trade.

"The Prime Minister did mention in particular that we have taken some action after the GSP (Generalized System of Preferences) was revoked. That was something which already happened and now we should look forward and see how we can resolve these issues. President Trump welcomed this idea," Foreign Secretary Vijay Gokhale had said after the Modi-Trump meet.

"I'll assure you we'll become great friends. We have never been so close. You (Modi) indeed had a great election victory. You have done a great job. We'll work together in many ways including the military," President Trump said during the bilateral meeting.

On trade ties with India, Trump said, "We'll be doing great with India. India is doing good. Everybody wants to be a part of America`s economy."

PM Modi took up the issue of terrorism and corruption with all aggression during 14th G-20 Summit here.

He urged the international community to "stop all mediums of support for terrorism and racism".

Calling terrorism the "biggest threat to humanity", PM Modi said, "Not only does it claim the lives of the innocents, it negatively affects economic development and communal harmony. We have to stop all mediums of support for terrorism and racism."

The two-day G20 Summit in Japan's Osaka came to end on Saturday with the participating nations declaring support for the principles of free trade and economic growth amid global trade-related tensions.

The leaders of the world's 20 major economies also warned of the growing risks to the global economy but they stopped short of denouncing protectionism.

In a joint declaration issued at the closure of the two-day meeting in Japan's western city of Osaka, the leaders said global growth remained low and risks were tilted to the downside, as trade and geopolitical tensions have grown.

''We strive to realise a free, fair, non-discriminatory, transparent, predictable and stable trade and investment environment, and to keep our markets open," G20 member states said in a second successive summit statement that refrained from urging the need to resist protectionism.