Human nature to want to go home during crisis, says PM Modi on migrants during meet with CMs

This is the fifth meeting of PM Modi with the Chief Ministers since the outbreak of the novel coronavirus in India. 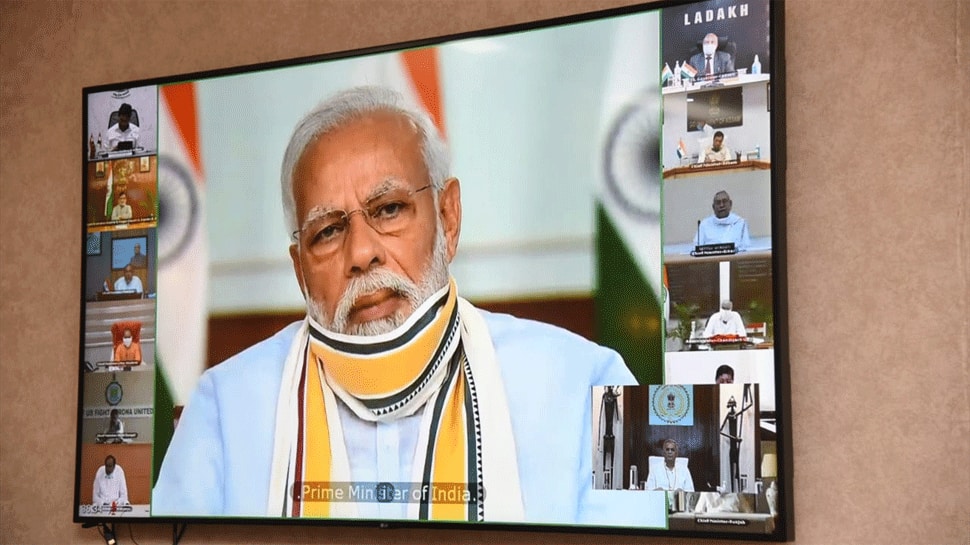 New Delhi: Prime Minister Narendra Modi's meeting with chief ministers via video conference has begun to discuss the road ahead for a lockdown exit strategy and steps being taken by the government to control the spread of the coronavirus COVID-19 and other issues comprising the economy. Union Finance Minister Nirmala Sitharaman, Health Minister Harsh Vardhan, Union Home Minister Amit Shah and some other senior Cabinet ministers are present at the meeting.

PM Modi said at the meeting that state governments have played a major role in this fight. "They understood their responsibilities and served their role in countering the threat. The Cabinet secretary is in constant touch with the secretary of all states. We need to stay more focussed and stay alert and proceed with a balanced strategy. We have to work on deciding the path to take in battle against the threat. Guidelines will be set with everyone's suggestions," he said at the meeting.

Modi said that the country has to a great extent in protecting itself from the crisis. He said that that the government stressed that people stay where they are during the lockdown, but despite that, it's human tendency to want to go home during a crisis; and hence, the government had to modify or change its decision.

"Now, there's a big challenge that the disease does not spread to villages," PM Modi said, talking about migrants who are being ferried from different states to their home towns on special Shramik trains run by the government.

This is the fifth meeting of PM Modi with the Chief Ministers since the outbreak of the novel coronavirus in India. The last meeting between the Prime Minister and Chief Ministers was held on April 27 while the first was on March 20.

The Prime Minister is expected to discuss the next stage in the exit from the nationwide lockdown and will take feedback from states on further easing restrictions on economic activities. Discussions are also expected to take place on tackling the coronavirus pandemic in containment zones.

According to reports, PM Modi's today meeting will be held in two phases. The first phase is from 3 pm to 5:30 pm while the second one will start after a 30 minutes gap from 6 pm to 8 pm. The focus of the meeting is on increasing economic activities and tackling the pandemic in containment zones as the lockdown 3.0 is to end on May 17.

The pan-India lockdown has been enforced since March 25 to contain the spread of the virus which has so far killed more than 2,200 people and infected over 67,000 in India.